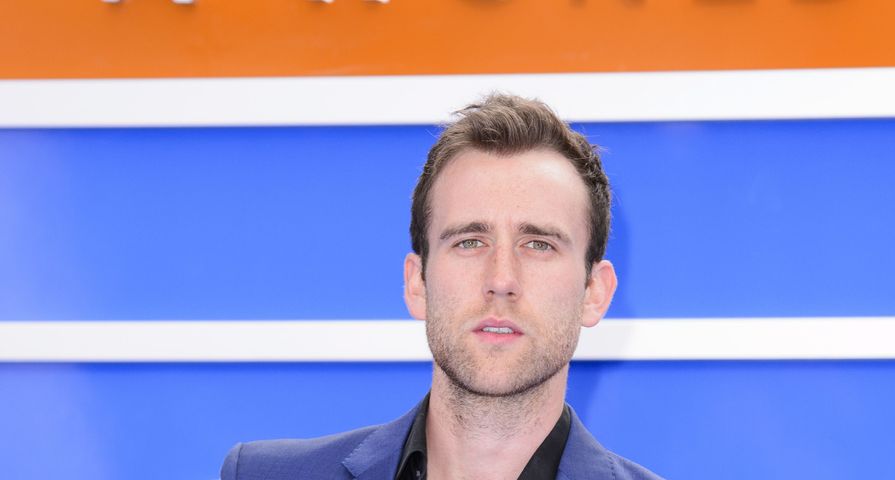 Matthew Lewis a.k.a Harry Potter‘s Neville Longbottom has officially shed his awkward teenage years, along with a lot of his clothes which was evident in a new photoshoot he did for the June 2015 issue of Attitude magazine.

For the shoot, the formerly shy and awkward Neville has transformed into a muscled and incredibly hot man, showing off his body in nothing more than an open cardigan and a pair of very small Armani briefs.

While many fans rejoiced over the pictures, someone close to Lewis’ Harry Potter days had a more motherly reaction to the sexy photos.

The series’ author J.K. Rowling took to her Twitter to respond to seeing the photos, resulting in a hilarious social media interaction between the two. “@Mattdavelewis Not as bad as watching Dan in Equus, but close. Warn me next time, for God’s sake,” she wrote referencing Daniel Radcliffe appearing nude in Broadway’s Equus play,  along with a link to the magazine’s photos.

“@Mattdavelewis I will always support you whatever you want to do, Matthew. Now go put some clothes on,” Rowling concluded.

Lewis buffed up for his role as a personal trainer and triathlete for his newest film Me Before You which he stars in alongside Game of Thrones’ Emilia Clarke.