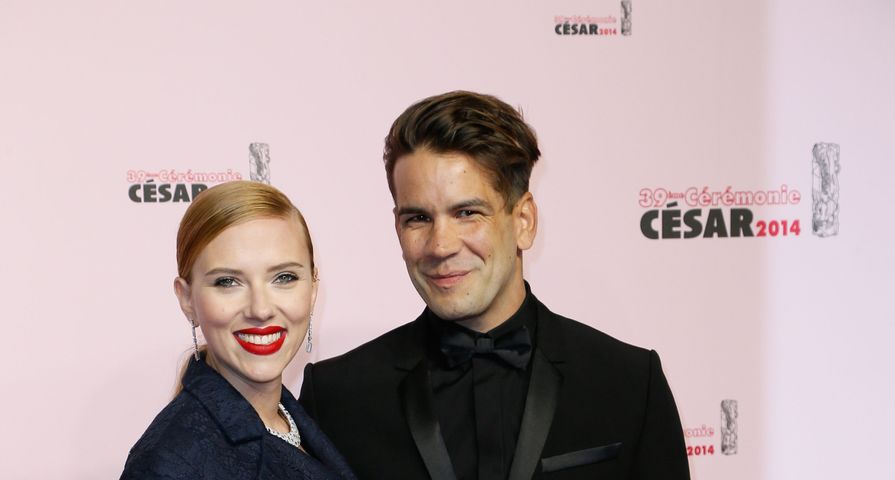 Scarlett Johansson, 30, isn’t typically the kind of celebrity who makes headlines when it isn’t for one of her major blockbusters as she is very good at keeping her life private.

Right now however, the gorgeous star is at the center of a rumor that is running rampant stating that she and fiancé Romain Dauriac were secretly wed months ago.

In mid-November the new mom was spotted wearing what conspicuously looked like a wedding band while attending a fundraiser for Hurricane Sandy in NYC.

While the two have never opened up about wedding plans since announcing their engagement in September 2013, they did state they wanted to wait until the birth of their baby, Rose who was born in September 2014.

Now a source told Page Six news that the couple did just that, “Scarlett and Romain were married in a very intimate ceremony after the birth of their daughter.”

The two haven’t been seen in the public eye while they enjoy the adjustment to parenthood and their extreme privacy is what makes many believe the rumors are probably true.

The two kept their engagement news a secret for about month after the proposal and the actress was well along in her pregnancy before confirming it.

While the source seems sure the couple had a private ceremony, a rep for Johansson has not commented either way on the speculation.

Also Check Out: 9 Celebrity Couples Who Were Married In Secret