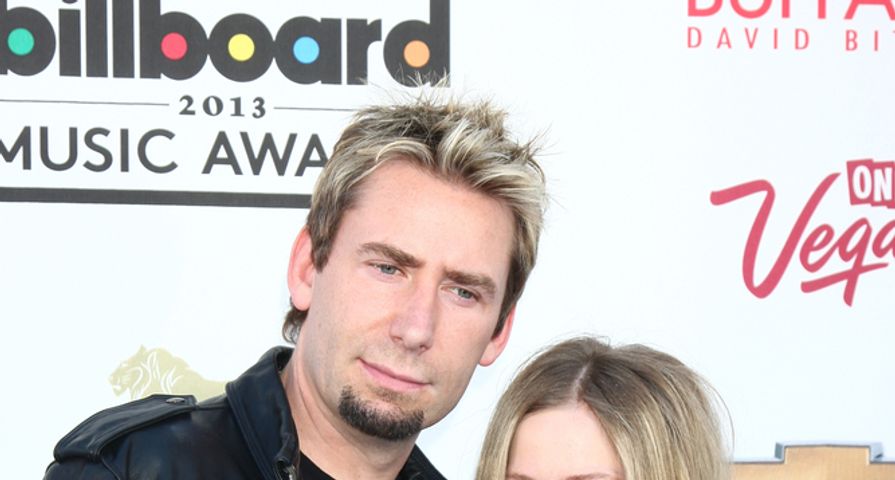 The couple who sings together stays together.

At least that’s what Avril Lavigne and her husband, Nickelback frontman Chad Kroeger, are hoping. The two have recorded a duet for Avril’s upcoming fifth studio album, which is self-titled.

We’re not sure exactly what the song will sound like, but since it’s called “Let Me Go,” so we’re guessing it’s a sappy love ballad and not a Nickelback-type song with driving guitars. Avril and Chad were married in a castle the south of France in July 2013. Their engagement was a bit of a surprise, since the musical pair only dated for a month before announcing it in August 2012.

Avril’s new album also includes another duet with a dude: Marilyn Manson. Not exactly what we would have expected from the “Complicated” singer. Check out the video to see more details about the release!

Then again, we also didn’t expect her to come out with a bizarre video for “Hello Kitty,” which many have criticized as racist. In the video, Avril appropriates Japan’s kawaii culture, singing words like “arigato” while she dances around in brightly colored clothing at candy stores and eats sushi. Most troubling to critics was that she danced in front of Japanese dancers with vacant expressions.

A rep for the singer claims the song isn’t racist: “The video is an homage to all the things she loves about Japan. Food, fashion, fun!”