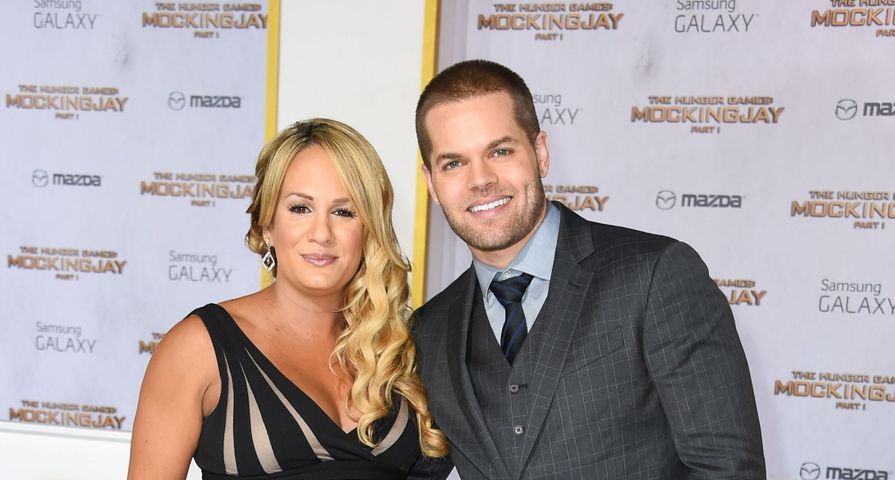 May the odds be ever in your favor with life with a newborn, Wes Chatham.

“We are already in love and can’t wait to take our little Nash home,” the happy parents stated.

The birth came only three days after Brown posted an ultrasound picture with the caption, “I already love this face…can’t wait to meet him #36 weeks.”

So while little John Nash was early, both mom and baby are healthy, “We are absolutely in love with our little boy, and feel blessed!,” they gushed about their newborn.

The couple announced their pregnancy in July with Brown, who is the host of American Ninja Warrior, joking, “With as much as this baby is kicking, we think we have America’s first Baby Ninja Warrior!”

Although very far along in her pregnancy Brown did not hesitate to support her husband while attending the L.A. première of The Hunger Games: Mockingjay Part 1 on Monday November 17 with Chatham joking she might give birth at the Nokia Theatre.

Their new baby boy is the first child for the couple who were engaged in September 2011 and married in April 2012.