Holly Combs Admits A Charmed Reboot Is Not In The Works 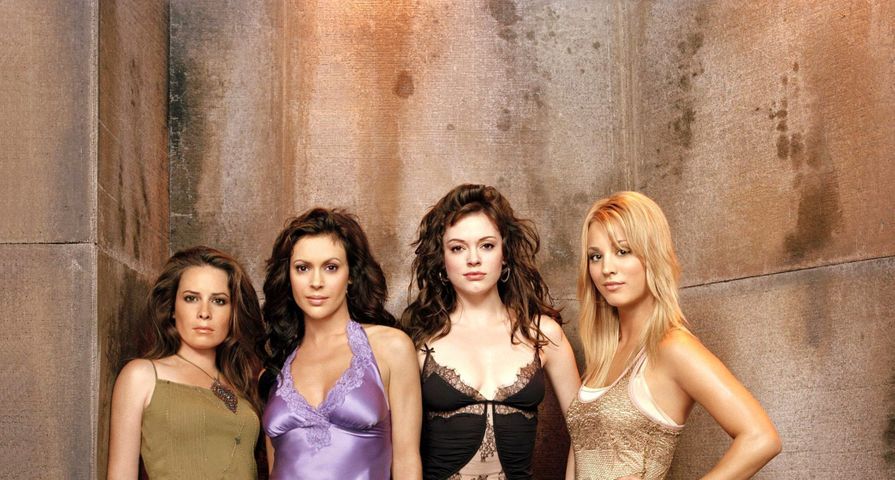 Charmed fans will be highly disappointed to hear that the rumors are false and a revival series is not in the works.

Speculation swirled earlier this years that the fantasy series would be making a return, but Holly Combs confronted the rumors head on and shut them down. Combs took to Instagram to share a Throwback Thursday photo of her on-screen with Rose McGowan and Alyssa Milano back from their time starring on Charmed. She captioned the photo with the blunt caption, “I’m sorry to say that all the reboot rumors are just that… rumors.”

The reboot was allegedly going to be set in New England in 1976 and air on The CW.  Cast members of the original series even took to social media in reaction to news of the revival, including Combs who tweeted, “We wish [the new cast members] well.”

Rumors circled again when Shannen Doherty and Milano were allegedly considering returning to the show for the reboot and hoping the show would be picked up by Netflix. The tables turned, however, when The Hollywood Reporter reported in February that the revival was postponed by The CW until 2018, writing, “Sources say the Charmed draft didn’t come in the way The CW had hoped.”

Whether the reboot was cancelled or never even existed to begin with, it doesn’t seem promising that Charmed will be returning to the small screen anytime in the near future.

I’m sorry to say that all the reboot rumors are just that…. rumors. But here’s #tbt to our wood nymph days. In our defense it was really hot so we wanted to wear the least amount of clothes possible. Really hot. That’s my story and still sticking to it. Still. #charmed