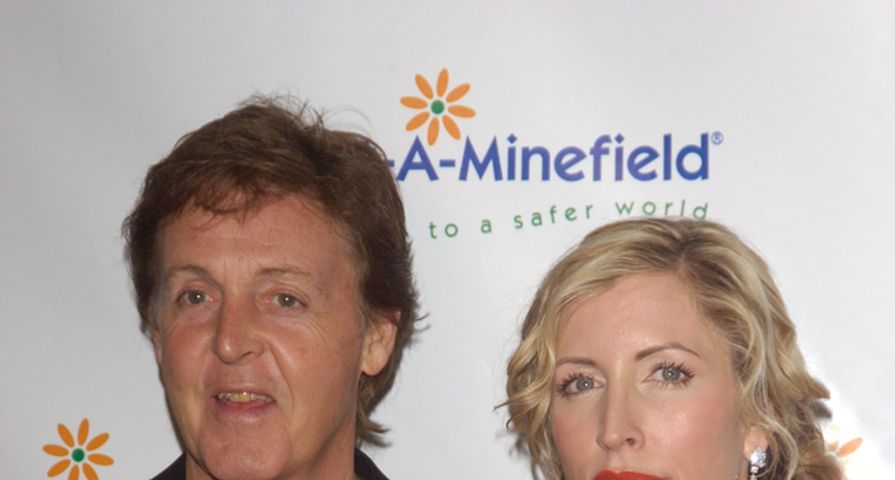 Time certainly does not heal all wounds as seven years after her divorce from legendary Beatles rocker Paul McCartney, ex-wife Heather Mills does not have a kind word to say about about him.

Mills, 47, appeared on Ireland’s The Late Late Show for a recent interview and made it abundantly clear she was not there to discuss her famous ex: “That umbilical cord was broken. He’s married someone else and I agreed to come on the show so it wasn’t all about Paul” she sternly told host Ryan Tubridy.

He persisted anyway with the agitated Mills, telling her “I think people are more interested than you allow for”, however she was having none of it and shut it down by slamming her ex-husband and his irrelevance now. “No they’re not” she replied. “That’s the thing. When I go down the street, I get kids coming up to me. Half of them don’t even know who he is. That’s why he’s got to do songs with Rihanna and Kanye West, so people remember [him].”

She went on to insist that she is known as well, not just as an ex-wife of a former Beatle: “When I go down the street, it’s ‘Oh my god, you’re a ski racer’ or ‘You help the animals.’ You know, I own the biggest vegan company in the world.”

“This is just someone I fell in love with who to me was a normal guy that happened to write a few cool songs in the 60’s and a few in the 70’s”, as she continued to berate her former partner.

McCartney recently recorded the track “FourFiveSeconds” with stars Rihanna and Kanye West with many young fans of the two singers not even knowing who McCartney was.

Also Check Out: The 9 Most Annoying British Celebrities