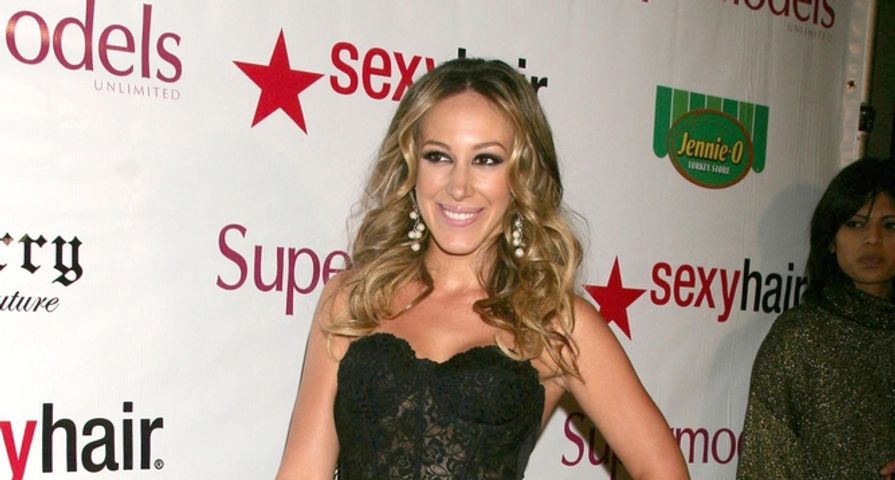 Hilary Duff is busy being a single mom and trying out the Tinder dating world and now she can add proud Aunt to her list of duties after her older sister Haylie Duff welcomed a healthy baby girl.

Duff, 30, gave birth to her daughter on Monday May 11, the first child for herself and fiancé Matt Rosenberg and have confirmed that her name is Ryan!

“Haylie Duff and fiancé Matt Rosenberg welcomed their first child, a baby girl, on Monday, May 11, in Los Angeles, Calif. Both mom and baby are doing great! Haylie and Matt are thrilled to finally meet their baby girl and become a family of three,” Duff’s rep said in a statement.

The happy couple announced that they were expecting in early December when she took to her Instagram and her blog, The Real Girl’s Kitchen, to share the news, posting a picture of a tiny pair of baby sneakers, writing, “Happiest girl in the world! Finally can let everyone know that Matty @mr_sts and I are expecting! #BabysFirstJordans.”

She has been using her Instagram to keep everyone updated on her pregnancy, sharing adorable pics of her baby bump, and now that little Ryan has arrived Duff and Rosenberg can once again focus on wedding planning which they had put on hold.

“It’s pretty cool to think our daughter is going to be at our wedding. We still talk about things we want to do [for the wedding], but it’s a big change with the baby coming. We’re just trying to focus on one thing and then we’ll do it,” she said prior to her baby’s arrival.

Also Check Out: 8 Celebrities Who Hated Being Pregnant