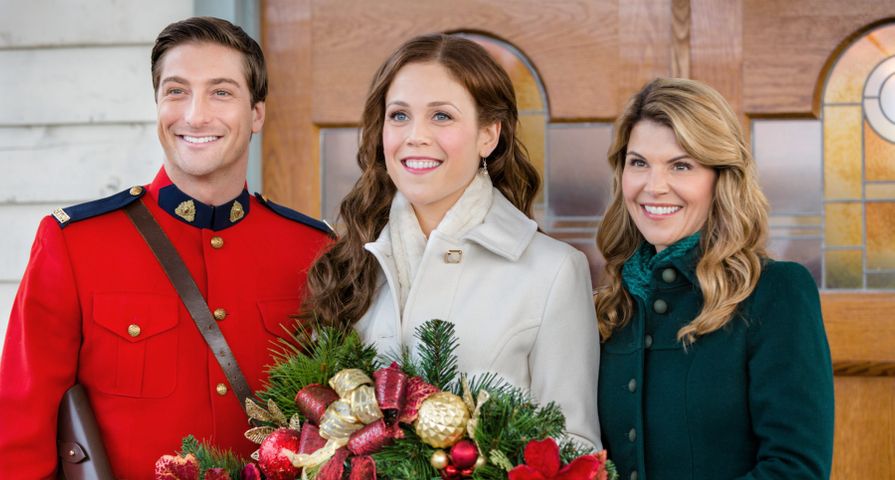 It has been nearly a month since the Hallmark Channel announced it had cut ties with one of its biggest stars, Lori Loughlin, and after a three week hiatus, the hit series When Calls the Heart is set to resume its sixth season.

On Wednesday, April 10, the network announced that the series will officially return on Sunday, May 5 at 8 p.m in what’s being billed as a two-night even and a new episode will also air on Monday, May 6 before  the show will return to its normal Sunday slot for following episodes.

Bringing back When Calls the Heart for the remainder of season six without Loughlin, who stars as the mayor of Hope Valley, Abigail, took some creative and extensive re-editing. The remaining episodes of the season needed not only re-editing but also reshoots to ensure that there were no appearances from Loughlin but the plot still made sense.

Only one day after Loughlin’s arrest on Wednesday, March 13 for her involvement in the high-profile college admissions scandal, the Hallmark Channel announced its decision to cut ties with the actress who not only starred in When Calls the Heart but also several of the network’s signature TV Christmas films as well as all 15 Garage Sale Mystery films, which air on Hallmark Movies & Mysteries channel.

With fans concerned that When Calls the Heart would suffer a cancellation because of the scandal, producer Brian Bird and his production team said via WCTH‘s Instagram account in a statement that the show had not been canceled and will return with new episodes after a “retooling” hiatus.

“#Hearties, thank you for your love, support, and patience these last several days as we have all been preoccupied with the news about Lori Loughlin and her family, and the decisions our colleagues at the Hallmark Channel USA needed to make,” the statement began. “As you can imagine, everyone involved with When Calls the Heart was surprised by these developments, so we hope you can forgive us for initially staying silent while we sorted through how to respond.”

The statement continued: “As for the show itself, we know millions of fans are on pins and needles wondering what will happen now. Let us reassure you, When Calls the Heart has always been bigger than the sum of its parts, and it HAS NOT BEEN CANCELED. With the full support of the network, we have gone on a creative hiatus to do some retooling on the remaining Season 6 episodes. That process has already begun. Hope Valley will return to your TV screens as soon as we can bring the episodes to you.”