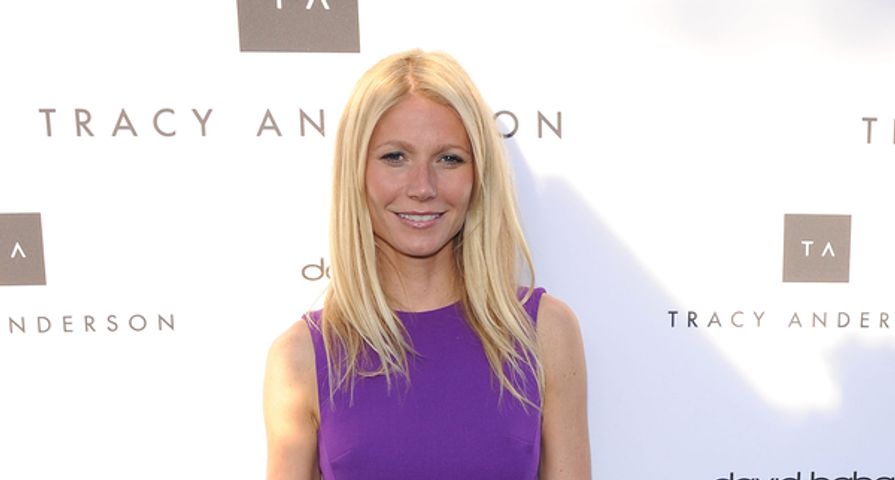 Gwyneth Paltrow, 42, is all over the place as the leading lady is busy promoting her newest film Mortdecai, a comedy starring Johnny Depp.

After stopping by Howard Stern’s radio show on Wednesday January 14 and discussing everything from past relationships, to her split with husband Chris Martin to his new relationship with Jennifer Lawrence, however the actress took a break from the serious for her appearance on The Tonight Show Starring Jimmy Fallon later that night.

Fallon always has a game or event to play with his celebrity guests and after dousing Chris Hemsworth with water the previous night and showing off the actor’s amazing body, Fallon gave Paltrow the opportunity to show off her amazing voice.

The duo teamed up to hilariously perform Broadway versions of popular hip-hop songs including Drake’s “Started From the Bottom,” Nicki Minaj’s “Anacadona” and Big Sean’s “I Don’t F–k With You.”

Even though Paltrow wasn’t at her fashion best wearing an odd nude colored jumpsuit, she definitely pulled off the songs, proving she still has her singing chops that were most on display for her 2010 film Country Strong.

Mortdecai is set to hit theatres January 23, 2015 and along with Depp and Paltrow boasts more stars including Olivia Munn, Ewan McGregor and Jeff Goldblum.

The comedy follows clueless art dealer Charles Mortdecai (Depp) as he tries to find a stolen painting that is linked to a lost bank account filled with Nazi gold.

Also Check Out: 9 Female Celebrities Who Can’t Accept Getting Older

Watch Fallon and Paltrow’s performance below!