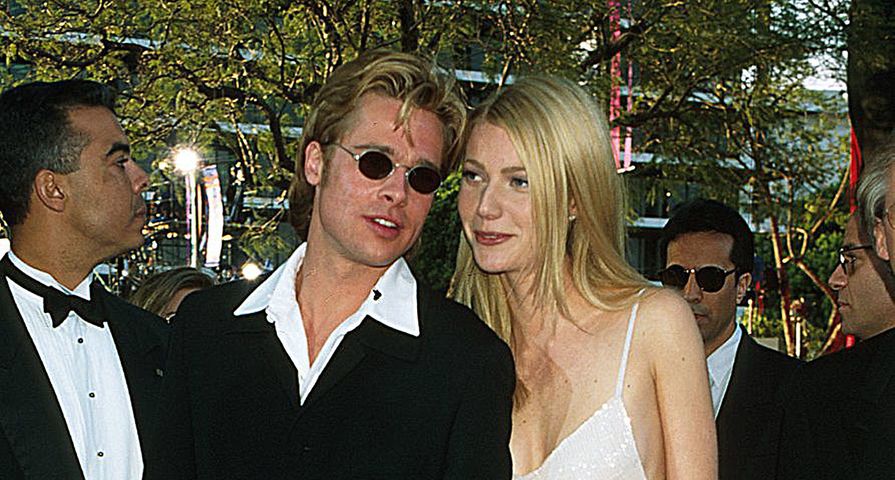 Gwyneth Paltrow and Brad Pitt broke up eons ago, but we’re still not over them. We wanted them to end up together and have beautiful blonde babies but, alas, it wasn’t meant to be. Lucky for us, they were one of the most talked about couples in the ‘90s, so we can just reminisce about their relationship. Here are 10 things you didn’t know about Hollywood’s former golden couple:

They met on the set of the 1995 thriller Se7en. They were playing husband and wife. He reportedly suggested her for the part. He had remembered her audition for Legends of the Fall, a film he starred in and a part she didn’t get. “The Tracy character was so important, because it’s the only sunshine we have in the film. This is the feel bad movie on 1995,” he said. “We needed someone who could take those little seconds she gets and fill them with soul, and that’s what I’d always seen in her performances – soul. She took a fantastic part and made it better.”

Their first date was at an Italian restaurant in L.A. and, according to her, no one gave them a second glance.

When he accepted the Golden Globe Award for his performance in 12 Monkeys, he called Gwyneth his “angel, love of my life.”

While the gorgeous couple was dating, they made a point of not being apart for more than two weeks.

According to Paltrow, Pitt was her first real love. “I am properly in love for the first time in my life, and I do not care if my former boyfriends read this,” Paltrow told You magazine.

In May 1995, a paparazzo followed them to the Caribbean island of St. Barthelemy and snapped nude photographs of them while they sunbathed. The pictures appeared in a British newspaper and then America Online. Pitt sued for invasion of privacy and won.

Gwyneth and Brad became engaged when she went to visit him in Argentina on the set of Seven Years in Tibet, but the engagement only lasted seven months.

When they were together, they were supposed to co-star in Duets; however, once the engagement ended, Pitt bowed out and Scott Speedman, star of Felicity, took his role.

After they broke up, the Emma star told Vanity Fair that something changed in her when her relationship with the 12 Monkeys actor ended. When we split up, something changed permanently in me,” she said. “My heart sort of broke that day and it will never be the same.” Although neither of them ever went into detail over why they decided to end their two and a half year romance, she did say that that the relationship wasn’t healthy. “I think you have to keep yourself intact in order to have a healthy relationship and I didn’t,” she said. “I loved every second of it, but it wasn’t healthy.”

In an interview with Howard Stern in 2015, the Shakespeare in Love star said that her father loved Brad as a son and was devastated when she broke up with him. She also said that her age and lack of life experience was what doomed the relationship. “I was such a kid, I was 22 when we met. It’s taken me until 40 to get my head out of my a–. You can’t make that decision when you’re 22 years old… I wasn’t ready, and he was too good for me… I didn’t know what I was doing,” she said.