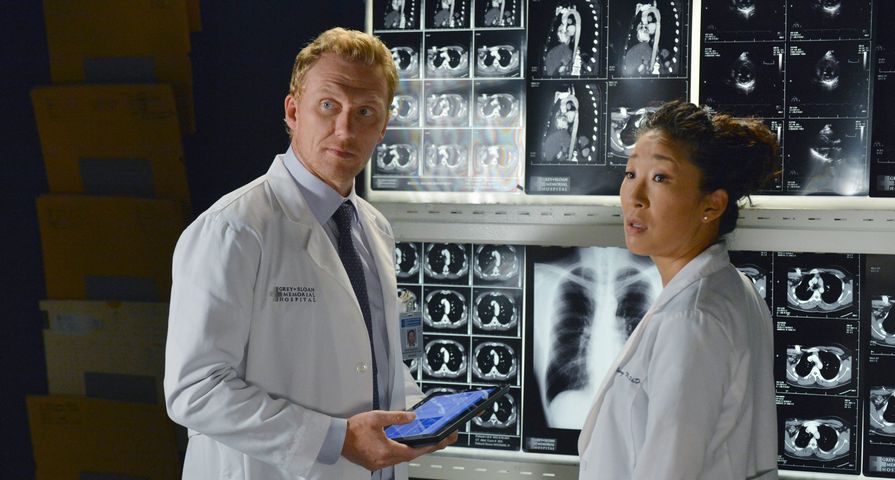 Ever since Sandra Oh’s shocking and disappointing exit from Grey’s Anatomy, fans have constantly speculated on if and when she would return to the hit series, and it seems along with the fans, McKidd is also hoping for that possibility.

While promoting Grey’s Anatomy‘s 300th episode, the actor who portrays Owen Hunt, Oh’s former on-screen love interest, revealed that he would love if the actress returned and hinted that she isn’t opposed to the idea either. “Even though I was part of it, Christina and Owen [were my favorite couple on the show],” McKidd told Entertainment Tonight. “They were such a complex couple and really loved each other and were passionate. They really struggled through a lot.”

McKidd then revealed that he and Oh are still good friends and talk “all the time” and she shares her opinions with him about what is happening with his character since Yang left at the end of season 10. “When my character got married to Amelia, she got kind of jealous and was like, ‘No, that’s not right! That shouldn’t be the way. That’s not cool. That shouldn’t be whats going on,’” he said. He then told her that if she wanted things to be done differently for Owen then she has to come back and her response was, “Well maybe, maybe.”

That glimmer of hope was enough for the actor who said, “I hope she will. I think it would be so much fun. It would open up so much again in the story and mix everything up. Owen, wherever he is in his life, would have incredible stories. She’s just such an amazing actor. I still miss her to this day.”

The 300th episode of Grey’s Anatomy will be a “poem” to the show’s passionate and longtime fans which is going to include patients who “trigger memories” for the characters meaning there will be people that come into the hospital that resemble beloved past characters including Christina Yang, George O’Malley and Izzie Stevens.