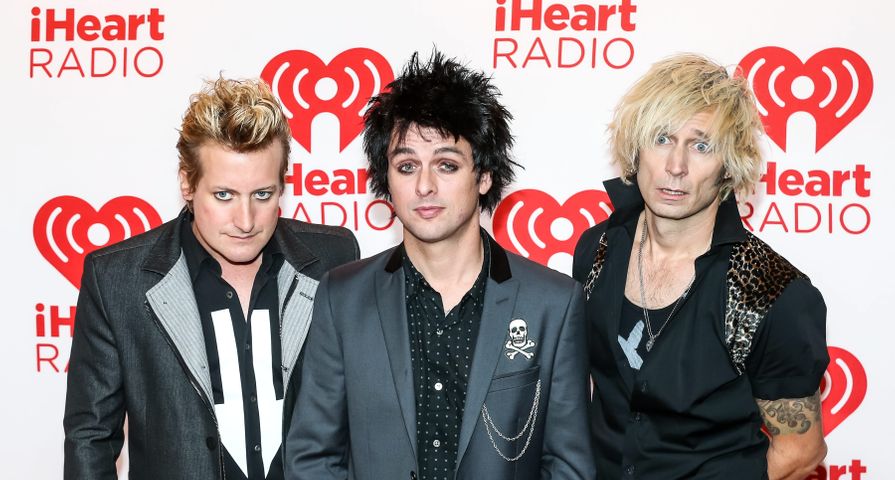 The Rock and Roll Hall of Fame has announced it’s official inductees for next year and the lineup is pretty impressive with the likes of Lou Reed, Stevie Ray Vaughn and Double Trouble, Joan Jett and the Blackhearts, Bill Withers, Paul Butterfield Blues Band, Ringo Starr and Green Day.

At the ceremony on April 18, 2015 in Cleveland, Ohio, Ringo Starr will also be given the Award for Musical Excellence while R&B group, the “5” Royales will receive the Early Influence Awardsaccording to the Rolling Stone magazine.

While being inducted at any point is an amazing honor for every band and artist, American punk rock band Green Day is getting in on their first year of eligibility.

Eligibility for the Rock and Roll Hall of Fame begins 25 years after the artist’s first album or single is released and Green Day’s first EP, “1,000 Hours” debuted in 1989.

Rolling Stone talked to Green Day’s frontman Billie Joe Armstrong who formed the band when he was 17 with 16-year old bassist Mike Dirnt, now 25 years later he can’t believe they are headed into the Rock and Roll Hall of Fame.

“I had to go for a walk. I wound up at this cafe and sat down and my son met up with me. I told him and he was like, ‘Oh my God. No way.” It just took some time to sink in. We’re in incredible company and I’m still trying to make sense of this. It’s just incredible.”

Armstrong also commented on what’s ahead for Green Day because even after 25 years, the band is still relevant and loved by fans, but he said while they definitely have plans for music, right now he has a different focus, referencing bandmate Jason White’s recent diagnosis of tonsil cancer.

“I want to make sure that everyone’s head is in the right place and wants to start doing it again […] We’ve always kept moving forward, no matter what. That’s exhausting. Also, Mike’s wife is just recovering from breast cancer. And [touring guitarist] Jason White is going through the same battle right now. We need to be there for each other in a different way rather than standing next to each other and playing really loud.”

The public is once again invited to attend the ceremony and tickets will be on sale starting Thursday December 18.

Also Check Out: 8 Most Controversial Musicians Of The 2000’s