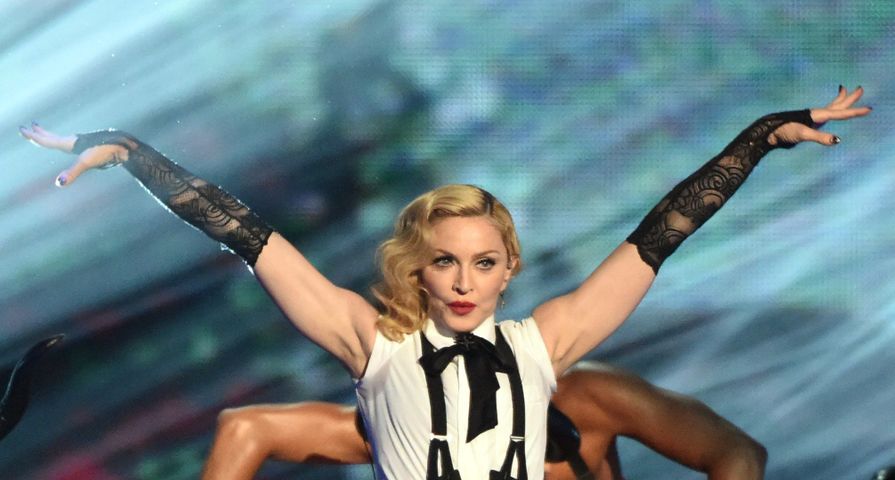 By now the video of the Queen of Pop herself taking a nasty fall at the Brit Awards has made its rounds and, while the fall was quite drastic, Madonna kept the show going revealing later it was due to a wardrobe malfunction.

The 56-year old star was wearing a huge cape designed by Giorgio Armani that was supposed to be dramatically pulled off to reveal Madge’s outfit underneath but instead the knot tightened, yanking her backwards with the cape.

After the performance she took to her Twitter addressing the designer and assuring everyone she was fine. “Armani hooked me up! My beautiful cape was tied too tight! But nothing can stop me and love really lifted me up! Thanks for your good wishes! I’m fine! #livingforlove.”

While Madonna is busy blaming the cape, the cape’s designer has another story, one that puts the blame on Madonna being a little too diva-ish.

“Madonna as we know is very difficult,” Armani told The Associated Press. “This cape had a hook and she wanted a tie, and she wasn’t able to open it with her hands. That’s all there is to it.”

Although Madonna insisted she was fine, she later explained she was being examined for a concussion and had whiplash, not to mention a bruised ego as it was her first Brit Awards performance in 20 years.