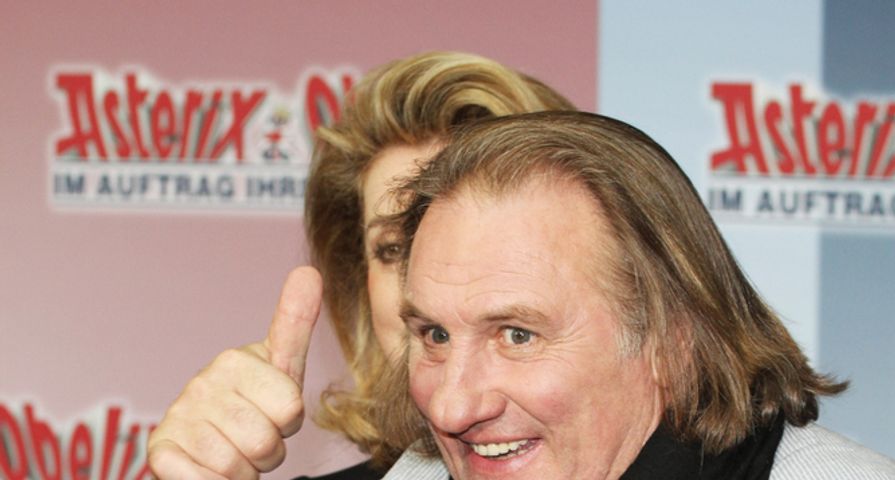 Ah, the French. Ya gotta love ’em. And you gotta love when one of the world’s most recognizable Frenchmen offers a story that doesn’t have the name Kardashian in the mix.

Gerard Depardieu, the most unlikely star of all time, loves his wine. In a recent interview, he offered a little insight into how much he loves the fruit of the vine. For Gerard, wine is where he scores his necessary water intake for the day. In fact, he doesn’t even refer to his activity of drinking wine, rather absorbing wine.

According to Gerard, he can “absorb 12, 13, 14 bottles a day.” He makes it clear that he doesn’t “drink” like other people. Because after his baker’s dozen plus one, he isn’t even drunk. Well…not really drunk.

Yes, undoubtedly there are a few frat guys reading this, and saying to themselves, “I put down a case of beer a day, and still bring in a 3.0.” Not to be outdone, fellas, Gerard doesn’t only drink those 14 bottles of wine per day. He also enjoys champagne, vodka  and whiskey. He starts his morning off right, hitting a little champagne or red wine before 10 A.M., and then moving on to more wine, food and wine, whiskey, more food, beer, a little nap, some more wine…you know how it goes.

Health problems? Oh yeah. Gerard has endured many, including a quintuple bypass surgery for a vascular nature more akin to a water hose after being left in the sunshine all summer. Still, he says he’s not about to die. Not yet. He has way too much energy to head down that path. And he’s got 14 bottles of wine to drink everyday. The reaper will have to wait until he’s done enjoying this chapter of life.