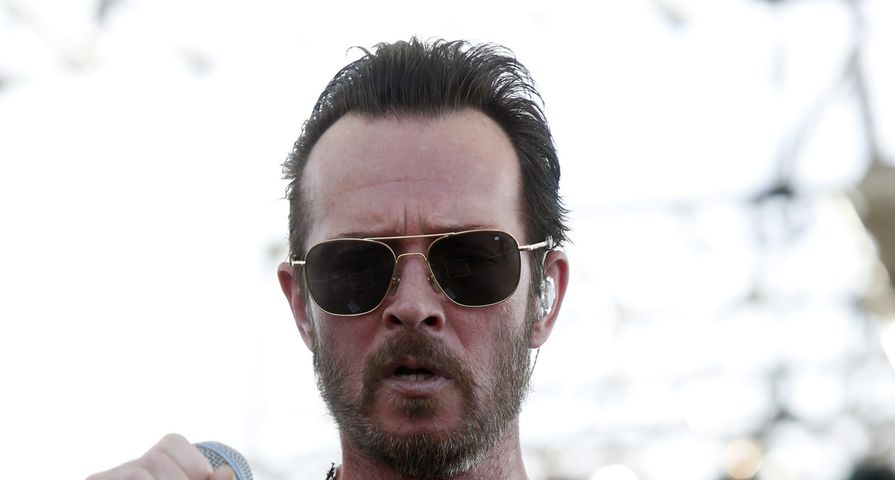 It’s a sad day for the world of rock n’ roll after officials have confirmed that Scott Weiland, former singer of The Stone Temple Pilots and Velvet Revolver was found dead on a tour bus in Bloomington, Minn. He was 48 years old.

While an autopsy has yet to be scheduled to determine cause of death, it is known he passed suddenly in his sleep, as confirmed by a post on his official Facebook page. “Scott Weiland best known as the lead singer for Stone Temple Pilots and Velvet Revolver, passed away in his sleep while on a tour stop in Bloomington, Minnesota, with his band The Wildabouts. At this time we ask that the privacy of Scott’s family be respected.”

Over the course of his career, Weiland has famously and continously battled addictions to both drugs and alcohol; however, they are not being linked to his death at this time. His substance abuse issues became so bad in 2003 that the Stone Temple Pilots were forced to cancel tour dates, and played a large role in their breakup that year.

Many celebrities and musicians have been sharing their tributes to the singer on social media since hearing of his death, including his former Velvet Revolver bandmate Slash who shared a picture of Weiland along with the words, “Sad day. RIP Scott Weiland,” and Alice Cooper shared his condolences, writing, “Deeply saddened by the passing of singer #ScottWeiland. What a voice we’ve lost. Thoughts and prayers to his family.”