First Clips Of Tim McGraw And Faith Hill On ‘The Voice’: Watch 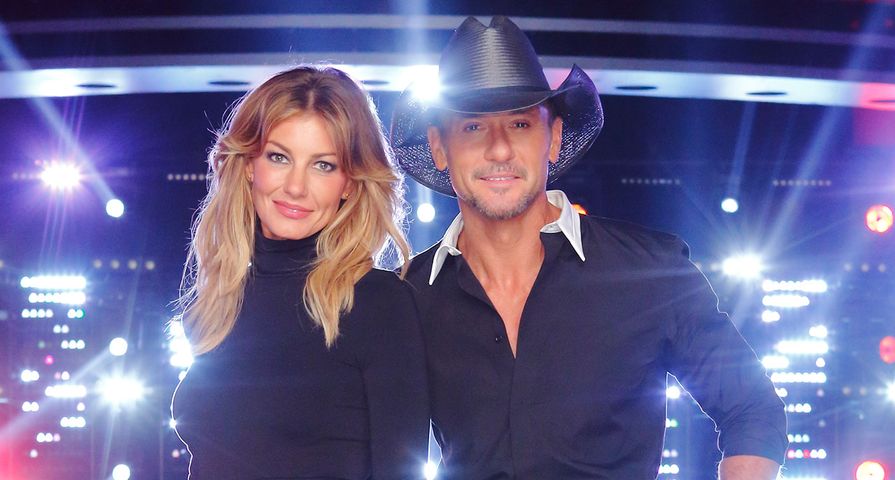 Fans of the hit singing compeition series The Voice were very excited to learn that country music superstars and married couple Tim McGraw and Faith Hill were going to appear on the show as key advisors for the knockout rounds later in the show.

Now, the first clips of the two working with the aspiring artists have been released, and it is safe to say they all could not get over getting to work with the absolutely amazing pair, but mostly the two just gushed about working with each other. “There’s no one I respect more than Tim when it comes to, first of all, song selection, stage performance. Truthfully, there’s no one, and I know he’s just my husband sitting right next to me and I don’t have to say this, but it’s true,” Hill said of her husband.

McGraw added, “We both have a different approach to music in a lot of ways, and we like different kinds of music. I think we would give a unique perspective individually as artist, not just as a couple.” He also stated, “Faith is just such a soulful singer and she’s not gonna sugarcoat anything, she’s gonna tell you what she really feels because she wants to be impacted emotionally by music, and she’s gonna let you know about that.”