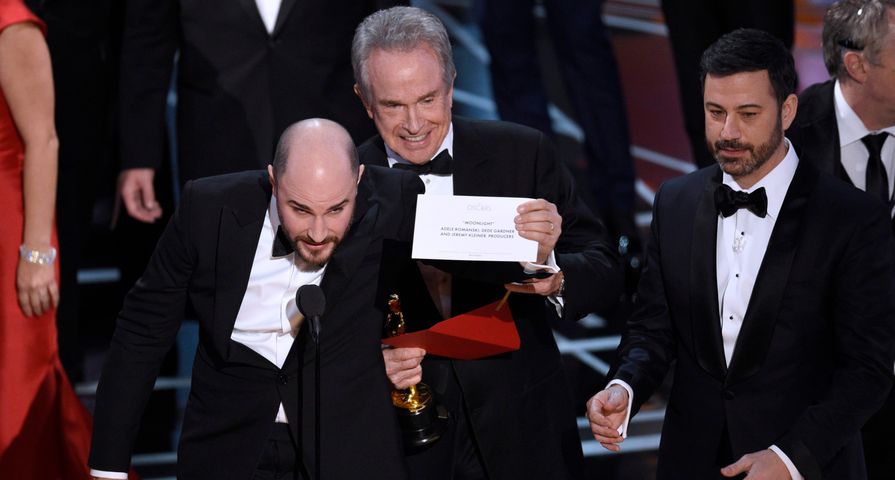 The accounting firm which is charge of counting and delivering the winning Oscars envelopes has apologized for the fiasco surrounding the Best Picture award presentation at the 89th Academy Awards on Sunday, February 26.

PricewaterhouseCoopers (PwC) released a statement that read: “We sincerely apologize to Moonlight, La La Land, Warren Beatty, Faye Dunaway, and Oscar viewers for the error that was made during the award announcement for Best Picture. The presenters had mistakenly been given the wrong category envelope and when discovered, was immediately corrected. We are currently investigating how this could have happened, and deeply regret that this occurred.”

They concluded, “We appreciate that grace with which the nominees, the Academy, ABC, and Jimmy Kimmel handled the situation.”

For those who missed the end of the four hour awards show, Faye Dunaway and Warren Beatty had the honor of presenting the night’s last award for Best Picture and announced La La Land as the winner after being handed the wrong envelope.

While they said they “immediately corrected” the mistake, the La La Land cast and crew were already midway through their acceptance speeches before accountants for PwC took the stage to reveal their mistake and that Moonlight was the actual winner.

Despite the swift change in emotions for both sides, both Moonlight and La La Land‘s cast and crew were graceful in the exchange of the award for Best Picture.