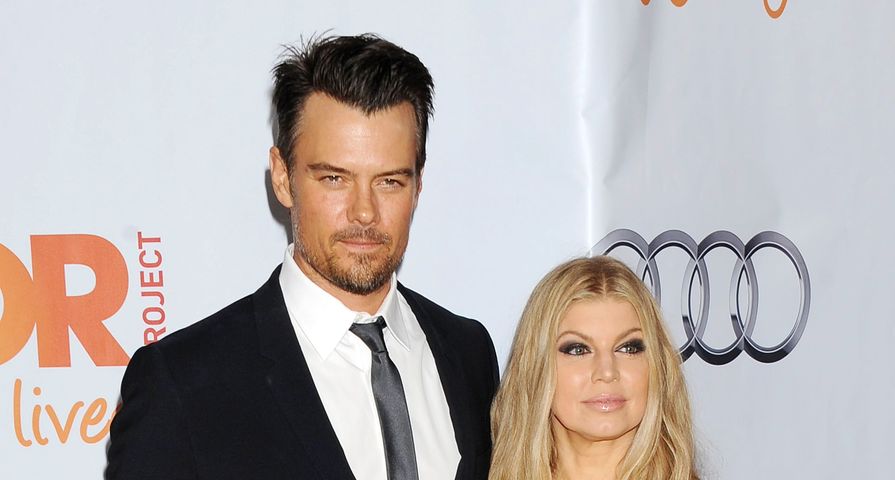 Former Black Eyed Peas member and successful solo artist Fergie, 39, has now been married to actor Josh Duhamel, 42, for six years and together have an amazing little boy Axl Jack born in 2013, and while their relationship seems perfect, she recently opened up about how hard they work to make it that way.

Looking as stunning as ever, Fergie is gracing the cover of Allure magazine’s February issue where she talked about first meeting Duhamel and how their ten year relationship has gotten this far.

The couple met when Fergie made a guest appearance on Duhamel’s show Las Vegas in 2004 after Duhamel had told a reporter about a dream he had about her, “Yeah, yeah, exactly — he just wanted to get in my pants,” she joked.

While that was how it started out, it quickly became something much more for the two stars, “We just grew. And we grew into realizing that we wanted the same things in life. We wanted the same path.  We both come from Catholic families,” she explained.

Although many stars find their conflicting schedules to be one of the biggest reasons they cannot make a relationship work, Fergie revealed that her and Duhamel rely on both counseling and compromise to ensure they are doing what is best for them professionally and personally, stating he is “not afraid” or “doesn’t feel like he’s not man enough” to use counseling as a tool for their relationship.

“My husband and I made a two-week rule. We’ve already talked about how we’re going to trade off. He’s going to have to come on tour with Axl for a while, and then there’ll be a break. He’ll take a job; I’ll be on set with Axl. You know?”

Fergie is of course referencing touring for her second solo album to be released later this year, seven years after her first “The Dutchess” was released.

“Did I feel some sort of pressure to come back out? I felt that it was either going to be another baby or an album. And I had to decide which one first. How long can you hold on to a song for?”

Also Check Out: Celebrity Love Stories: How Your Favorite “It” Couples Met