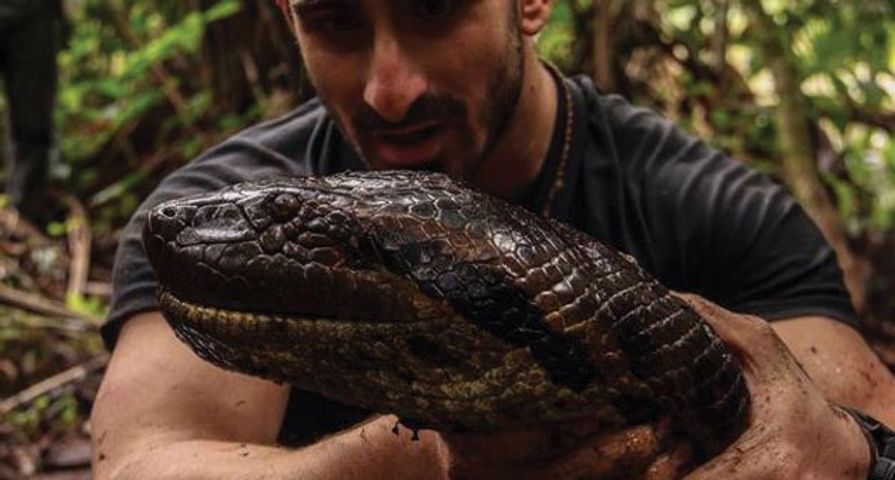 After hunting down a decent sized anaconda–the snake was huge, but way too small to readily devour a man in the two-hour time slot–Paul, wearing a special suit, endured the anaconda squeeze for an hour before the snake made the move for the host’s head.

To say that fans were disappointed would be an understatement. People flocked from their TVs to Twitter and Instagram, offering up some wonderful mockery via #eatenalive.

It says a lot about a society who would want to watch a dude be eaten by a snake on TV. It also says a lot about the society that they have the Internet at their disposal, and didn’t do enough research to know that Paul Rosolie filmed this sometime ago, and wasn’t dead, or injured, so who’d really buy that any part of him was actually eaten alive? Especially when the project was billed as considering safety first for Paul and the snake.

It’s too bad they couldn’t catch the anaconda from the Jennifer Lopez, Ice Cube classic, Anaconda (1997). That snake was huge. Sure, it was computer-generated, but it was ultimately more entertaining than Paul Rosolie, and the snake they probably stole from a zoo then planted in a river for the sake of the show.

That said, according to Paul, he began to feel threatened at a certain point, and thought his bones were about to break, so he “tapped out.”

To see more on the special, as well as viewers’ disappointment, check out the video below.