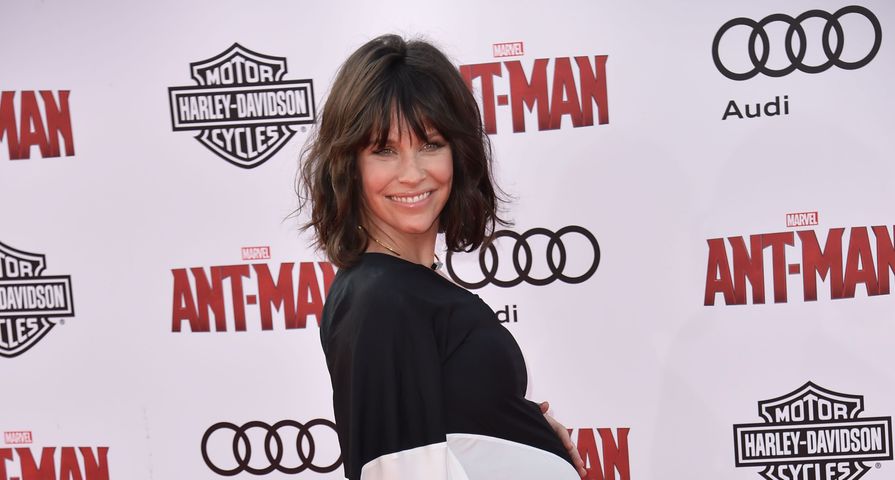 For being an A-list actress and one of the stars of Marvel’s newest superhero flick Ant-Man, Evangeline Lilly sure can keep a secret!

The 35-year-old actress looked stunning on the red carpet for the L.A. premiere of Ant-Man on Monday June, 29, but what was most stunning about her look was the incredibly big baby bump she was sporting, which revealed that she is expecting baby number 2.

Wearing a gorgeous black and white Halston Heritage gown, Lilly was beaming as she showed off her big news, cradling her stomach and posing for pictures.

Although she attended a photocall in the days before the premiere, the actress had not been photographed since December 2014 for the premiere of The Hobbit: The Battle of the Five Armies, which allowed her to keep her secret for quite a while.

She also revealed to E! News that she is already seven months along and due in September. “This is my second time around, and I find I’ve been pretty lucky. It’s pretty straightforward, and I just love it. I feel good, I feel blissful,” she said.

Lilly is already mom to a four-year-old son named Kakekili with her partner Norman Kali who she met on the set of Lost when she was starring on the show and he was working as a production assistant.