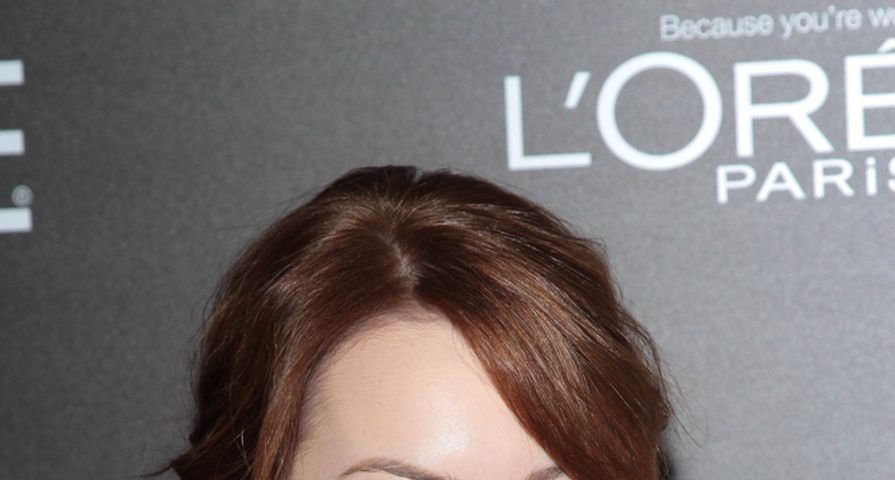 That’s right. The 25 year-old actress was in Australia promoting her new movie The Amazing Spiderman 2: Rise of Electo when an interviewer told her that Mel B from the Spice Girls, who often co-hosts with them, was supposed to come, but had to drop out at the last minute.

Emma freaked out and got rather emotional because she’s been a huge fan of the Spice Girls since childhood. “I’m the biggest fan ever,” she gushed.

Luckily, the interviewers had a nice surprise for her: Mel B recorded a video message saying hello to Emma. “First of all, I want to say I absolutely adore you,” Mel B, 38, told Emma. “And I want to say thank you for being such a Spice Girl fan.”

But Mel B also gave her a bit of a hard time. “But my question to you is, why did you like Baby Spice and not me more?”

(She’s referring to an interview in which Emma (Stone) once said she wanted to dress like Baby Spice (Emma Bunton).

Mel B also asked Emma (Stone) to sing her own rendition of the girl group’s classic hit “Wannabe.” Check out the video to hear Emma’s version of the song, which is actually pretty good!