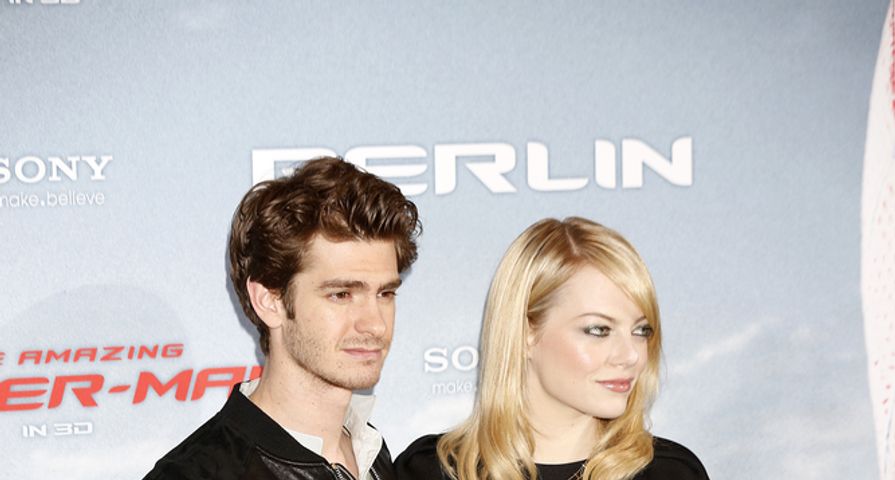 Ah, look out, now! Commenting on anything related to sex, race or sexual orientation these days may land you in hot water. You really can’t say anything to anyone these days without offending someone.

Andrew Garfield found this to be true during an intimate sit down with his The Amazing Spiderman 2 cast mates. The cast was casually taking questions from a small audience and one adorable little British boy asked Andrew where Spidey got his costume.

Andrew’s answer was true to the story line in that Peter Parker made his first Spiderman costume; however, he labeled the process as “feminine.” At this, Andrew’s girlfriend and co-star, Emma Stone, dropped her brow and interjected.

There’s your tease… you’ll have to watch Andrew wriggle out of that one in the video below. It is most definitely worth a watch.

Now to respond to Emma and all those who would suggest that what he said was sexist. Get bent. Seriously. Enough is enough. Let’s consider all possibilities here, including Andrew’s perspective as he was leading a little boy down a path that would inevitably beg a child’s question: Isn’t that something ladies do? Sew? And it seems Andrew addressed it nicely. Had Andrew just quipped, “He made it,” then this post would be about how rude Andrew is to kids.

Sure, a lot of women will take offense to the suggestion that they sew because they’re women and that sewing is simply not a “feminine” activity. And a lot of dudes who are experts at pattern-making, sewing, stitch ripping, needle-point and knitting may furrow their brows a the choice of words — Andrew could have said it better. It doesn’t change the fact that the vast majority of individuals who are proficient with needles and fabric are women, just as the vast majority of auto mechanics are men. That’s nothing more than deductive reasoning.

To see the very humorous scene unfold, check out the video below!