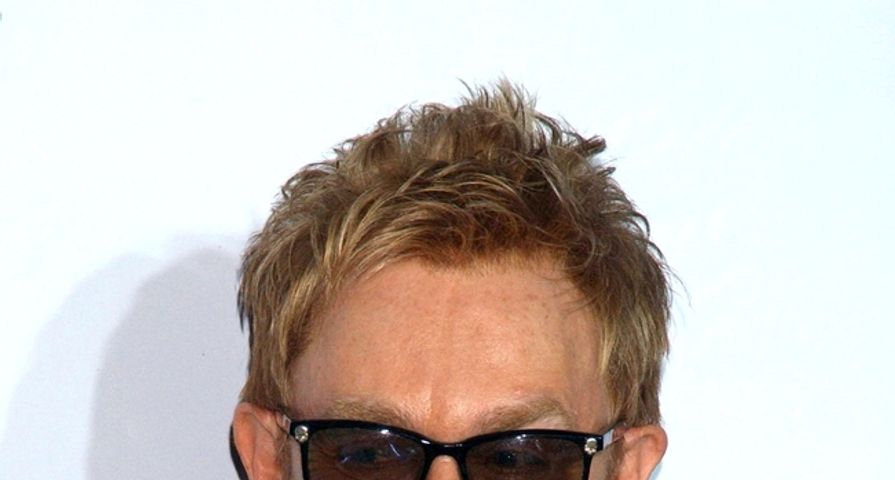 Wait. Could Elton John, and the rest of everyone else in the world, possibly believe that among disagreements, you can find things worthwhile in other people?

Let’s catch you up quickly: Elton John “boycotted” Dolce & Gabbana after the fashion designers hurt his feelings by staying the course on their ideas of family and gay marriage. Though openly gay, the designers think traditional is the way to go. They feel the “baby factories” with sperm from a tube, and IVF methods of pregnancy are merely a way to create “synthetic children.” Sure. Offensive to many.

Elton read this, and was peeved. He took to Instagram to offer a verbal chiding to the designers, then suggested that he’d never buy their stuff again–that their views were archaic as their fashion line.

Face. Palm. Especially after several celebrities joined in his “plight.” Don’t these people realize they’ve become the people they hated in high school, just displaying the other side of the coin?

Sure, when someone hurts your feelings, it’s easy to get up in arms, and swear you’ll never have anything to do with them ever again. But when you’re as old as Elton, 67, such petulance is really quite unbecoming. And when you’re so hypocritical that you can’t even go a week without violating your own boycott? Please.

As for D&G, they stayed on the offensive. They referred to Elton as “ignorant,” and suggested that he doesn’t believe in true democracy where people are entitled to their own views and opinions.

Stephano Gabbana took a hard swing: “These attacks are fascist, I wasn’t expecting it from a person like Elton John whom I considered — I underline considered — intelligent. You preach understanding, you preach tolerance and then you attack? Just because someone thinks differently to you?”

Dang. To see more on this, check out the video below!