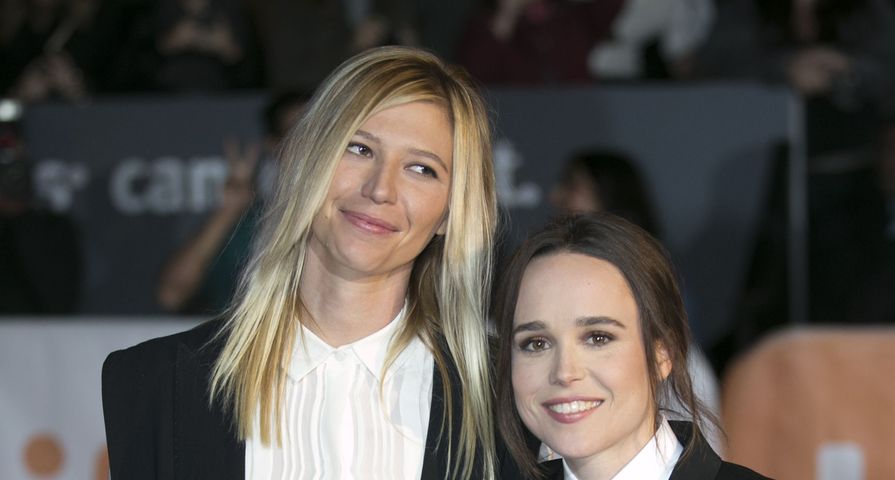 Actress Ellen Page, 28, and her girlfriend Samantha Thomas made their relationship red carpet official over the weekend when the two stepped out at the Toronto International Film Festival on Sunday, Sept. 13.

The two made their red carpet debut for the premiere of Page’s newest film, Freeheld, which is about a real-life lesbian couple who are fighting for domestic partner rights, and they were joined on the red carpet by the film’s other stars, Julianne Moore and Michael Shannon.

The couple matched in classic suits and looked extremely happy going public with their romance, with Page explaining to E! Online, “I’m in love,” when asked why they chose that premiere as the time to make it official.

Page memorably came out as gay back in 2014 and, just recently, made headlines again after she got in a verbal confrontation with Ted Cruz, telling him, “You’re discriminating against LGBT people.” She talked further about the incident with the Daily Beast where she said, “I’ve been making this show with Vice and I’ve talked to a lot of very homophobic people over the past year. Some just by the things they say, and some far, far worse. It’s something that will come out later. But the main things you hear is, ‘Back in the ’50s this wasn’t a thing, and now there are all these gay people.’ And you’re like, ‘Honey. I promise you they were all there, and now that there’s more tolerance in the world people are able to live their lives and be happy.’ It’s like, ‘Could you please go read a book?'”