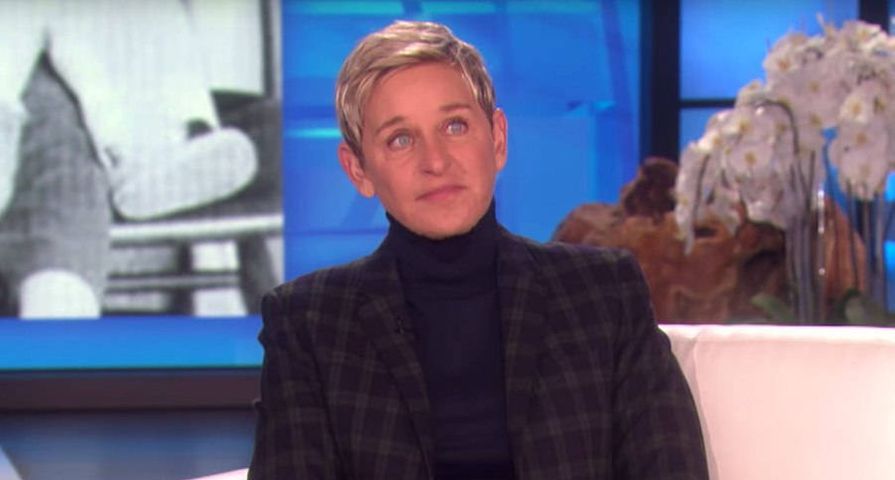 With celebrity podcasts becoming all the rage, actor Dax Shepard has been able to get the biggest celebrities to open up like never before on his podcast “Armchair Expert,” including Ellen DeGeneres.

On Tuesday, March 13 the beloved talk show host sat down with Shepard where she opened up about one of the most tragic losses in her life, and how it ended up shaping her career. “My girlfriend was killed in a car accident when I was like 20 years old. And I wasn’t doing comedy, I think I was probably waitressing someplace at the time. I was living with her when she was killed,” DeGeneres said.

“I couldn’t afford to live where we were living together and so I moved into this tiny little basement apartment,” she continued. “I moved into this basement apartment and I was sleeping on a mattress on a floor and it was infested with fleas. And I used to write all the time, I wrote poetry and songs and stuff, and I thought, ‘Why is this beautiful 21-year-old girl just gone and fleas are here?’”

Somehow in her grief, one of her ideas turned into material for what would be her first-ever stand-up routine which would change her life. “I just thought it would be amazing if we could just pick up the phone and call up God and ask questions and get an answer,” DeGeneres recalled about her famous “Phone Call to God” bit. “It just unfolded, I just wrote the entire thing and when I finished, I read it and I thought, ‘Oh my God, that’s hilarious. I’m going to do this on Johnny Carson and I’m going to be the first woman in the history of the show be asked to sit down.’ ”

As she predicted, DeGeneres appeared on The Tonight Show Starring Johnny Carson in November of 1986 and afterward became the first female comedian to sit on his infamous couch after a stand-up routine.

Previously, DeGeneres had opened up about the death of her ex on Oprah’s Master Class where she explained the two had broken up and ignored her girlfriend when they went out to support her brother’s music gig. “She was trying to get me to come back home. I acted like I couldn’t hear her because the music was too loud. I was being really … dismissive of her,” she remembered. Afterward, they went home separately and DeGeneres remembers passing the serious accident, not realizing her girlfriend was in it. It wasn’t until the next morning that she learned her girlfriend died in that accident.

“That, of course, made me feel like I should have gone home with her that night,” DeGeneres said, adding that she felt “a lot of guilt.” “In an instant, she just was gone. It shifted my entire focus,” she said.