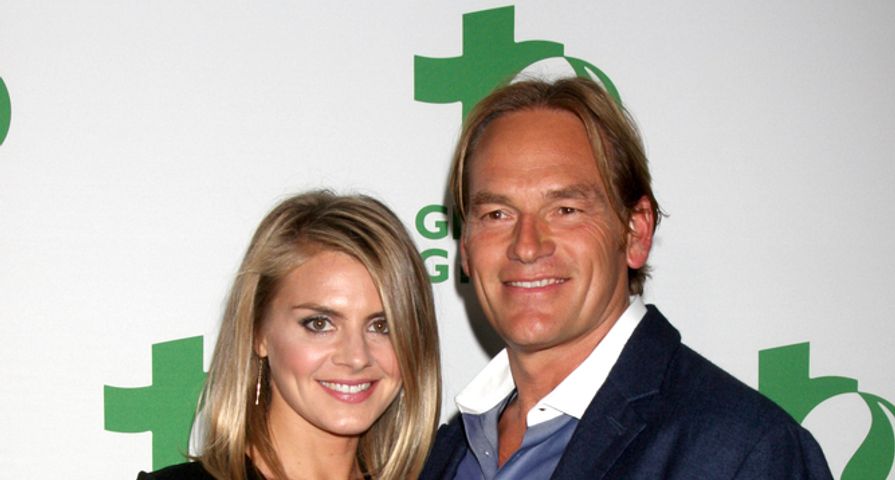 Thanksgiving began with some humorous tweets from the current star of Benched, and former star of Happy Endings and Scrubs, remarking that she has huge hands, and nothing is better than finding someone who has bigger hands than she does. This, of course, was a reference to Darin.

Later in the day, Eliza put her hands on display with a new ring, and a marriage engagement figuratively tied to it. The couple hasn’t shared any plans as to when they’ll tie the knot.

Presuming the engagement goes the distance, and the couple marries sometime in the future, this will be the second marriage for Eliza, who was married to fellow actor, Randall Whittinghill, from 2007-2013.

For those unfamiliar with Eliza’s beau, Darin Olien is a superfoods guru. The guy is an entrepreneur with a panache for healthful living, adventure and making more money than you’ve ever seen in your life. He was the developer of what is probably the best health shake on the market, Shakeology (no endorsement, just considering the ingredients list), and is always hopping around the world looking for the next thing we should be putting into our bodies.

The couple has been dating for awhile, and Darin decided Eliza was too good of a woman to let get away, so he popped the question yesterday, and it is easily presumed that the celebrities are enjoying some beach time together today in Malibu.

To see more on Eliza’s happy announcement, check out the video below.