Eddie Redmayne’s Wife Was Late For Own Wedding 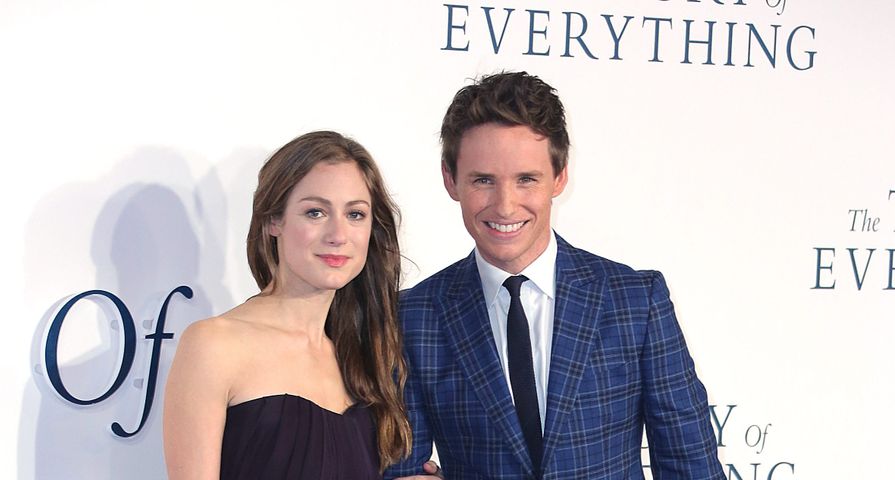 Eddie Redmayne is hitting it big in all areas of his life after getting rave reviews for his performance of Stephen Hawking in the film The Theory of Everything and right before Christmas he married the love of his life Hannah Bagshawe.

In a recent appearance on The Ellen DeGeneres Show on Thursday January 8, the recently wed actor revealed that his new bride has a habit of being late.

“My wife, it sounds so amazing just after you get married, even the terms sound new, she has never been on time for anything in her life,” as he laughed to host Ellen about not being worried when she wasn’t on time for the nuptials.

Due to his wife’s reputation for tardiness, Redmayne also joked about having an important job for the wedding.

“My job was to find the venue and I made sure I found the place where we were having the reception was next to the chapel, so that when she didn’t turn up on time I could go, ‘Wait! You’re coming! But no, she was a good half-hour late. Her grandfather had to be sort of held back from going and summoning her,” he joked.

“Everyone else was really stressed, but I was kind of relaxed, knowing that she’d never been on time for pretty much anything in her life.”

The actor also revealed that they had a honeymoon in The Alps and since there was no snow he said, “That was just an excuse to take long lunches, drink a lot of red wine, and have a lot of fondue,” which resulted in Ellen presenting the actor with a wedding gift including a bottle of wine and a fondue set.

Redmayne and Bagshawe had been together for three years before tying the knot on December 15 at the Babington House in Somerset, England.