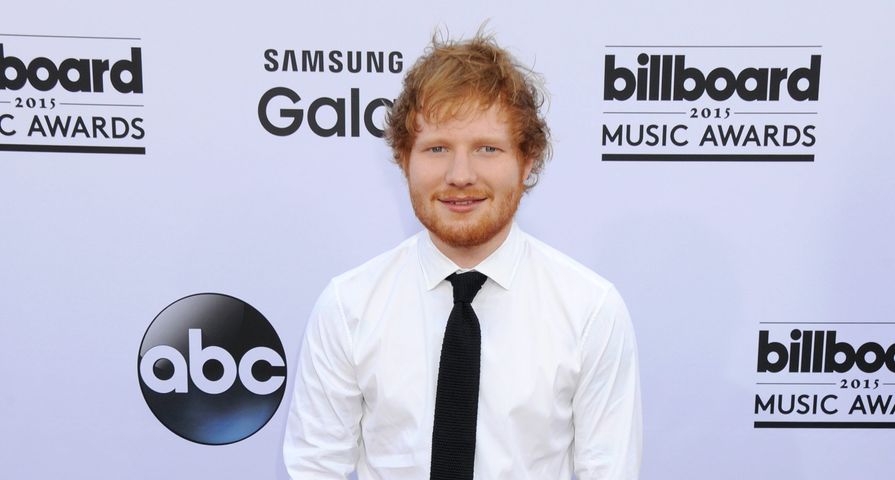 Ed Sheeran has proven again and again that’s he’s an amazing guy. While he has been known to help out fans when it comes to their big moments, this past weekend, he helped out a fellow singer with his proposal.

On Sunday, July 19, the star performed at the Manchester Arena. During his concert, he invited fellow singer Jake Roche of the band Rixton to come on stage to propose to his girlfriend Jesy Nelson who is in the British girl group, Little Mix.

The touching moment was caught on camera and shared on Roche’s Instagram, which he captioned: “A year ago today I met her at manchester arena, so it was only right with a little help from my friend, that this happened. Best day of my life.”

The pictures show Roche down on one knee and, in the background, Sheeran singing and smiling at his friends during the moment he helped make possible.

Nelson also shared her own excitement, writing, “I cannot believe what has just happened! The most surreal moment of my life and everyone that I love the most was there to share it with us! I feel like the luckiest girl in the world right now.”

Nelson’s group Little Mix was orginally formed on The X-Factor U.K. and Perrie Edwards, the fiancée of former One Direction member Zayn Malik, is also part of the group. Roche’s band Rixton are most known for their single, “Me and My Broken Heart.”

A year ago today I met her at manchester arena, so it was only right, with a little help from my friend, that this happened. Best day of my life.