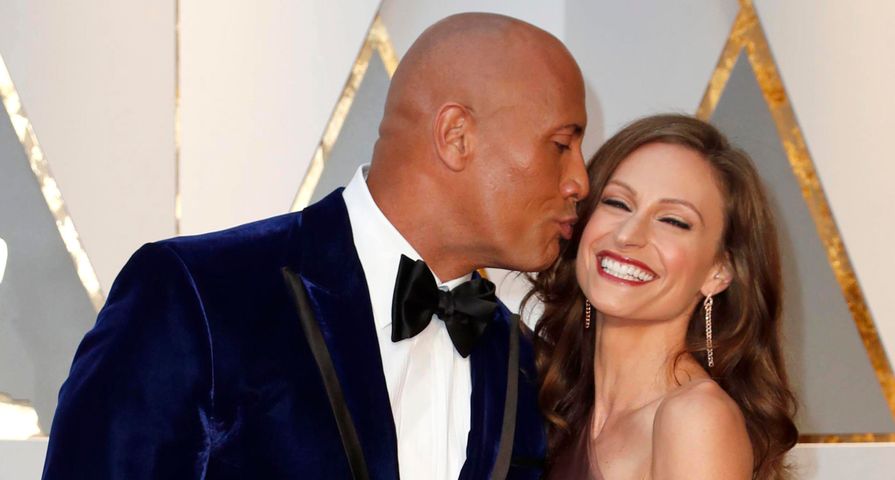 Dwayne Johnson admitted in an interview with WSJ. Magazine he was cautious about getting married again after his separation from Dany Garcia in 2008.

“My [separation] did a number on me,” Johnson said. “I wasn’t fearful of getting married again, there was just some hesitancy. But Lauren was incredibly patient: ‘I love you, you love me, we have this amazing life together — no presh.'”

The 47-year-old Jumanji: The Next Level actor also opened up about his wedding to his wife, Lauren Hashian.

Johnson and Hashian tied the knot in August in an intimate ceremony in Hawaii. The couple shares two daughters: 3-year-old Jasmine and 1-year-old Tiana Gia, Johnson also has an older daughter from his previous marriage to Garcia: 18-year-old Simone.

The actor reminisced about meeting Hashian, “Within 30 seconds, I thought, ‘Wow, this girl’s stunning.'”

“At the time, I was going through my breakup with Dany and [Hashian] was just coming off a big breakup, too,” Johnson continued. “Ironically, when you’re not looking for something, the power of the universe kind of takes over.”

The now-married couple first met each other in 2006 while Johnson was filming The Game Plan and then started dating in 2007. Johnson announced he married Hashian, a singer and music producer, on Instagram in August, alongside a photo of the pair holding hands.

In the second photo he shared, Johnson and Hashian kissed at the edge of the water, with the Hawaii sunset behind them.

“We do. August 18th, 2019. Hawaii. Pōmaikaʻi (blessed) @laurenhashianofficial❤️@hhgarcia41📸,” he captioned the wedding photos.

In 2012, the actor told PEOPLE that he considered himself to be a lucky man for being able to find love again.

“I was so fortunate to have fallen in love once,” he said. “To fall in love again? That’s a hard thing to do twice in the position I’m in. I’m one lucky son of a b–.”