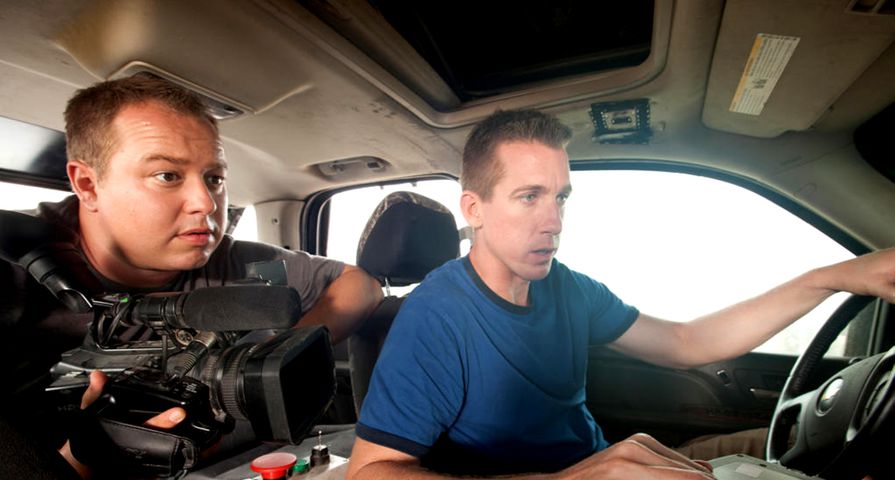 According to multiple reports, the Elk City, Oklahoma native passed away on Tuesday, January 23 at the age of 38, and while the cause of death appears to be sudden, there is no cause at this time except “appears not to be storm chasing related.”

Taylor’s best friend who co-starred with him on the series, Reed Timmer, took to social media after learning of his friend’s death to share an emotional message.

“RIP my best friend and storm chasing partner, Joel Taylor. I am shocked and absolutely devastated by the loss of my incredible, caring friend,” Timmer tweeted along with photos of them. The two had been chasing storms together since 2008.

“We chased so many intense storms, and I wish we could have just one more storm chase. I’ll miss you forever, Joel. We lost a legend,” added Timmer, who attended the University of Oklahoma with Taylor, who studied meteorology.

“Our community of Elk City and the Storm Chasing community lost a great guy today. Joel Taylor was truly an inspiration to myself and many who knew him. He was one of the most level-headed chasers on the roads and truly a classy guy outside of chasing,” Team Western OK Chaser shared on Facebook.

“He didn’t chase for the glory he chased because he had a true passion for storms. In the last few years he’d load up with his dad and go chase and not even take a camera,” the group said. “Our hearts are hurting for his mom Tracy and dad Jimmy along with his brother and sister and their children. Please know you are in our prayers. RIP Joel.”

Taylor joined the cast of Storm Chasers in 2008 as part of the team that was led by Timmer and continued to star on the series until it was canceled after five years in 2012.