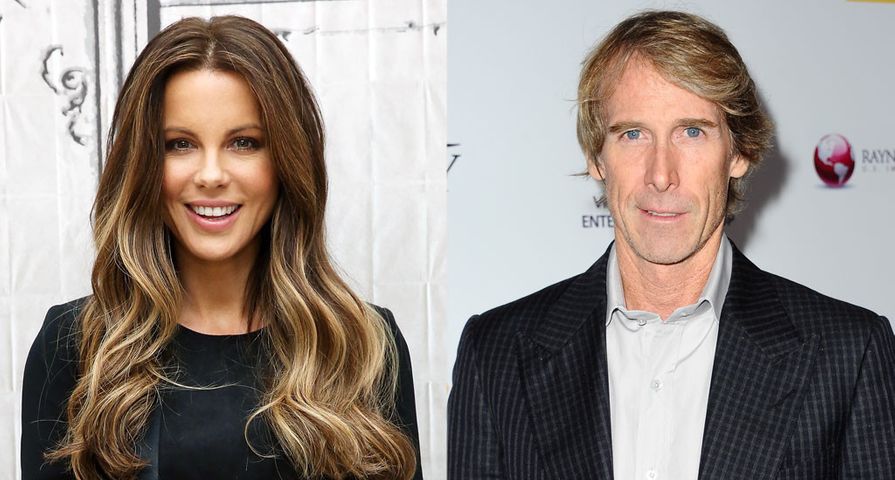 In his usual fashion, Michael Bay is #sorrynotsorry.

Yesterday the Transformers director responded to Kate Beckinsale’s recent comments that he criticized her looks while filming Pearl Harbor. The actress said the director was “baffled” by her because she wasn’t blond and busty. Beckinsale also said he wanted her to slim down for her role, which she didn’t agree with. “I’d just had my daughter and had lost weight…but I was told that if I got the part, I’d have to work out and I just didn’t understand why a 1940s nurse would do that.”

In a post on his official website, Bay challenged news reports that he and the actress do not like each other. “Kate and I are friendly. She is a fantastic actress, very funny, witty lady, sassy, speaks her mind, and I truly respect her. That’s why she has come to so many of my Christmas parties and Birthday parties.”

Bay also stands behind his recommendation that Beckinsale get a trainer for the film. “So I guess I was the ‘bad guy’ 16 years ago for suggesting a trainer because she just had her new beautiful baby girl—and she was about to enter into an intensive action movie. Note to reporters: 95 % of leads in movies have trainers and drink green juice!”

Bay’s post fails to acknowledge all of Beckinsale’s contentions. During her interview on The Graham Norton Show, she also pointed out how the director failed to recognize her skills like he did her male co-stars. “When we were promoting the film, Michael was asked why he had chosen Ben and Josh, and he said, ‘I have worked with Ben before and I love him, and Josh is so manly and a wonderful actor,’” she said. “Then when he was asked about me, he’d say, ‘Kate wasn’t so attractive that she would alienate the female audience.’”