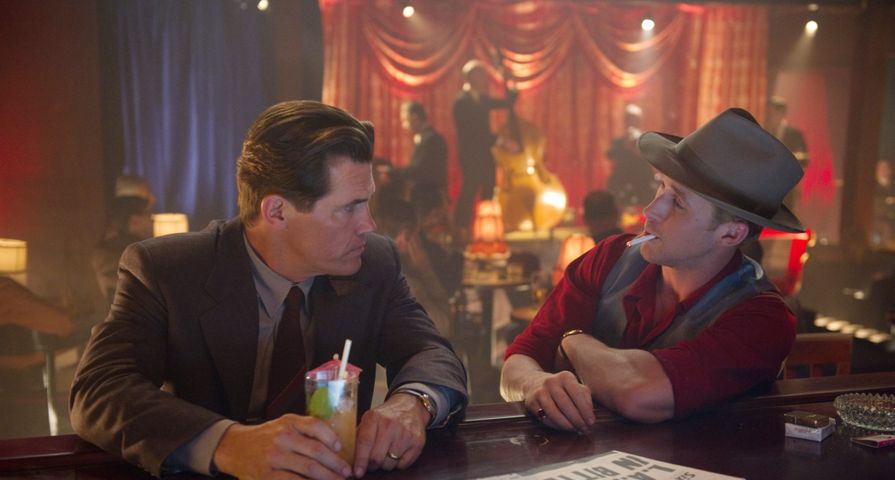 It seems everybody loves Ryan Gosling, from fans to other celebrities, Gosling has become quite the hit in Hollywood, so it is surprising that veteran actor Josh Brolin doesn’t seem to like some aspects of the young star.

In a recent interview with Man of the World, the 47-year-old actor reflected on his days as an up-and-coming star in the ’80s and his tough guy persona and seeing it now in some of the young actors of today. “I see young Hollywood punks on the set, and it’s funny to me. Because it’s absolutely me all over again. I’m the old guy who’s like, ‘Oh cool, you got your leather jacket and it cost you $400 and you bought it all ripped up!”

Brolin continued to discuss these “punks” and one in particular who did something to especially annoy him, and although he didn’t use Gosling’s name, Brolin did give enough hints for everyone to assume who he’s speaking about. “I remember a guy I worked with who was from Ontario, but he talked like De Niro. I was like, ‘Holy s–t, he’s actually doing De Niro. Does he know that I know? I’m not even listening to what he’s saying.’ It’s fascinating to me.”

Of course, Gosling is from Ontario and he and Brolin recently worked together in 2013’s Gangster Squad, not to mention Gosling has also spoken out about his strange accent. “As a kid I decided that a Canadian accent doesn’t sound tough,” he told W in 2010. “I thought guys should sound like Marlon Brando. So now I have a phony accent that I can’t shake, so it’s not phony anymore. I’m going for the Madonna thing, the Lady Gaga thing — a phony accent that becomes your trademark.”