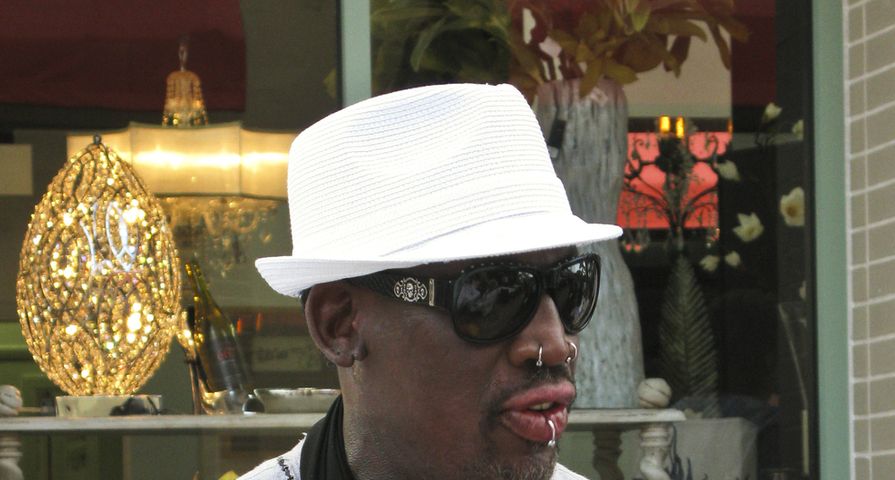 The Worm has been enjoying some time in North Korea again, hanging out with his buddy, Kim Jong Un, and playing a little exhibition basketball for Kim Jong’s birthday. That all sounds appropriately screwy, and not outside the realm of the given status quo, so, why exactly did Rodman have a meltdown during a satellite interview with CNN’s Chris Cuomo?

It would seem that Rodman was ready to clash with Cuomo from the beginning of the interview. Rodman more than likely lives in the same imaginary surrealistic realm as Kim Jong, so when it came to the topic of Korean-American, Kenneth Bae, who was sentenced to 14 years in a North Korean labor camp for allegedly planning to topple the government, Rodman got emotion… in support of North Korea.

Rodman suggested that he wanted to speak on the topic, but he went on to elaborate with gibberish, and no specifics as to what Kenneth Bae had actually done. Officially, Bae has not been charged, but when it came to the opinion of Rodman, Bae had done something.

The general consensus, stemming from the thoughts of Bae’s family, is that Kenneth Bae was arrested and charged based on his Christian faith. And if you’re not aware, North Korea is an atheist state. Basically, Kim Jong Un is their god. That’s not a joke. He is the supreme leader, and if you’re a citizen, you’re not really allowed to practice any religion. And if you’re a visitor, you should keep any beliefs to yourself.

To see Dennis’ complete meltdown, check out the video below:

Also check out: The 10 Biggest and Most Shocking Celebrity Meltdowns Ever!