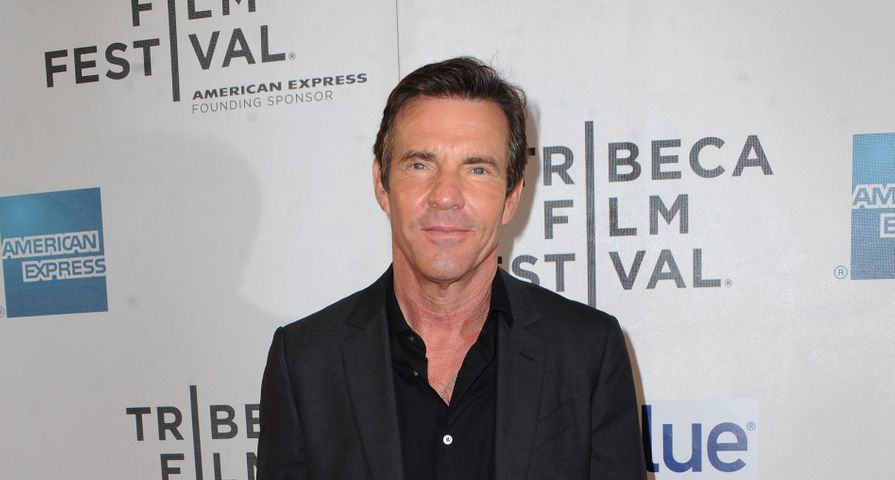 No, it actually wasn’t Jimmy Kimmel, but it was staged.

The 44 second video went viral on Monday April 13 after apparently being ‘leaked’ online and showed the actor absolutley losing his mind on some unseen person about his acting being constantly interrupted by someone he called “Dopey the D–k.”

In the tweet, Funny or Die wrote, “After days of speculation, the truth about Dennis Quaid’s on-set meltdown is finally revealed,” along with a link to the full almost 4 minute video.

Of course a clueless looking guy wanders on to the set where Quaid is “acting” literally dressed as a penis, hence “Dopey the d–k” Quaid was referring to in the first leaked video. Consequently every “insult” hurled in the first video from “horseshit” to “zombies” to “this f–king baby” are addressed in the video in what ends up being a hilarious skit.

Now that the mystery is solved, Quaid reigns supreme as one of the best celebrity pranksters and Funny or Die pulled off one heck of a publicity stunt for their sketch as many were torn if beloved actor Quaid could really go all Christian Bale on-set. Of course he can’t.

Check Out The Full Video Below!