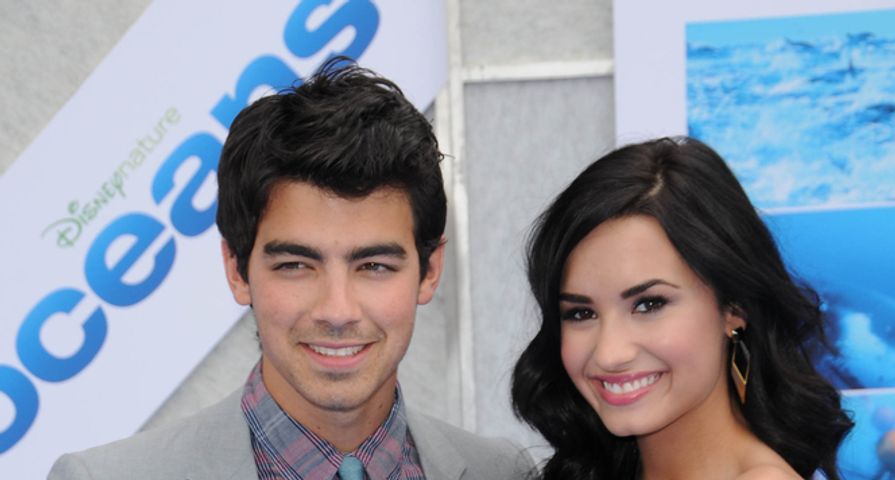 Despite her past with Joe Jonas after meeting on the set of Camp Rock, Demi Lovato has revealed that she is thrilled for her ex’s engagement to Game of Thrones actress Sophie Turner!

Lovato congratulated Jonas on the comments section of his Instagram account and wrote, “HUGE CONGRATS. Sooooo happy for the both of you!” 28-year old Jonas announced his engagement to 21-year old Turner over Instagram by posting a photo of both their hands and the new diamond engagement ring. The caption simply read, “She said yes,” while Turner posted the same image and captioned her photo, “I said yes.”

Jonas and Turner took their relationship public at the Golden Globes in January 2017. “They are madly in love. She’s young but mature and comes from a small English town, so it’s not that unusual,” a source told Us Weekly. “They are really good together and his friends and family love her and vice versa. They aren’t rushing to get married.”

Lovato and Jonas briefly dated following their stint on Camp Rock back in 2010. In her YouTube documentary, Simply Complicated, Lovato opened up about the relationship she had with Jonas and revealed there was honesty behind the acting as they played love interests on screen. “Oh my god, wait,” Lovato said to her friends as they huddled around a laptop. “This is the moment I friggin’ fell in love with him, in real life. I wasn’t acting much. We had our first kiss on camera.”

Despite their brief fling as teens, there seems to be no hard feelings between these exes and Lovato seems happier than ever to see Jonas engaged!