Demi Lovato Is Back On Social Media After Short Hiatus 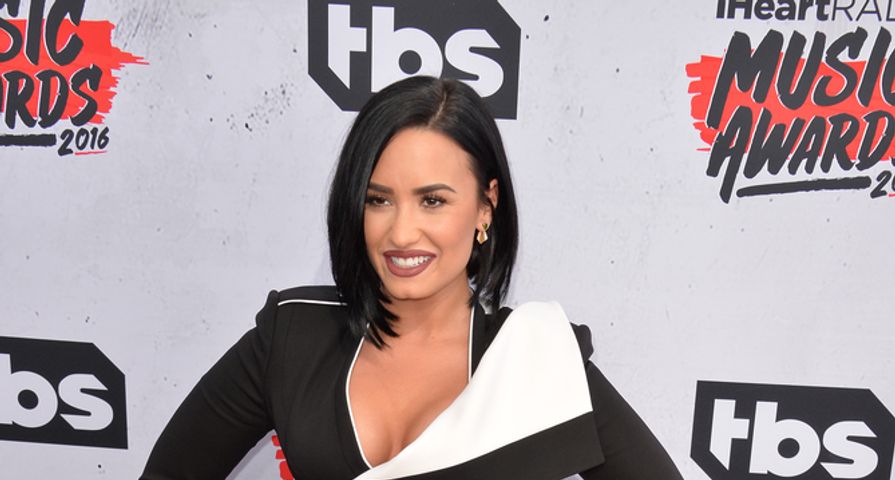 On Tuesday the 23-year-old singer took to Twitter to make an outspoken statement about her return. “F—k this.. I’m back b-tches. And I’m coming back more honest than ever,” she wrote. In a second tweet she included 3 emojis: a smiley face with sunglasses, a hand flipping the bird, and a devil.

Only a day previous Lovato announced she was quitting Twitter and Instagram after receiving negative comments from users. “Damn I gotta quit sayin s–t. Bye Twitter,” she posted, then added Instagram to the list. She followed up by saying, “But why do people actually give a f–k what I say?? like if you don’t care the gtfo haha.” Frustrated about the nature of the comments she also wrote, “That one time I started my own charity providing mental health care for people who can’t afford it and this is what y’all talk about,” adding “And people wonder what’s wrong with the world…Pay more attention to good than bad.”

While the singer didn’t say what specific comments prompted her to leave the social media platforms, it’s likely related to her recent posts about Mariah Carey on Instagram. A fan posted a meme on Instagram that depicted a comparison photo of Mariah Carey and Ariana Grande. The caption read, “When you order it online vs. when it arrives,” which suggested Grande’s singing talent doesn’t measure up to Carey’s. In response Lovato wrote, “You got it the wrong way around honey.” a comment that led many of Carey’s fans to attack her. Lovato attempted to clarify her comment by saying, “Mariah is a legend and is so talented but constantly disses people. It’s nasty the way she treats Jennifer [Lopez]. Ari did nothing wrong.”

This is not the first time Lovato has been caught up in a feud. She’s also been at odds with Pink, Nicki Minaj, and Taylor Swift recently.