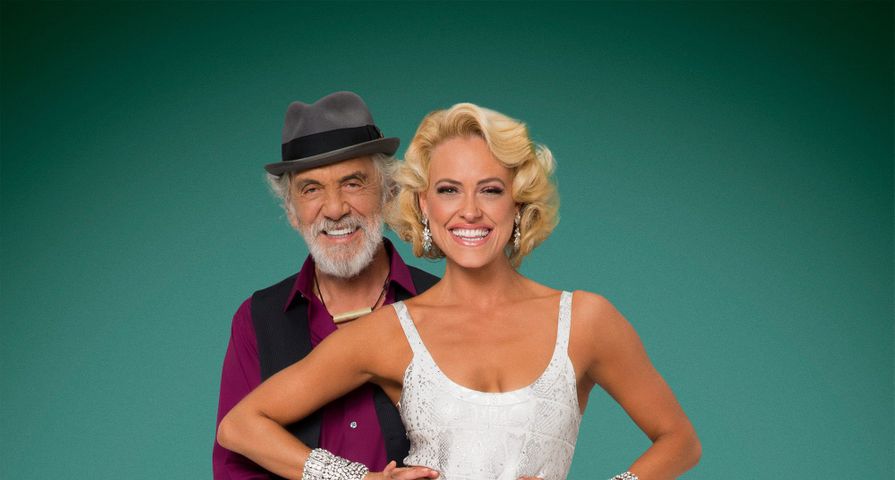 With only five couples left in the competition, Dancing With the Stars is heating up as each couple has their eye set on the Mirrorball Trophy.

For the “Plugged & Unplugged” theme each pair danced two different dances to different versions of the same song.

While one of the leaders, Alfonso Ribeiro, was struggling with a back injury, it did not stop him from dominating his dances, earning a 36 out of 40 on his first dance and 39 out of 40 with his second to the song “Love Runs Out” by One Republic.

Even though he performed well through injury, some of the competition did even better.

Bethany Mota and Derek Hough danced to the Jackson 5’s “I Want You Back” receiving a 36 for their first dance but earning a perfect 40 for their second.

Leading the group once again was Janel Parrish and Val Chmerkovskiy, this week dancing to Calvin Harris’ “Blame”.

Their first dance stunned the judges earning a quick perfect score while falling just short of perfect with a 38 for their second dance.

With such impressive dances from their competitors, Ducky Dynasty’s Sadie Robertson and partner Mark Ballas were at the bottom alongside fan favorite Tommy Chong and Peta Murgatroyd.

While Sadie earned a 37 out of 40 for both her dances to Ariana Grande’s “Problem”, it just wasn’t enough to compete with the leaders.

Tommy Chong may be well loved but it is no secret he is the weakest dancer left in the competition.

At 76-years old, Tommy has continually impressed, unfortunately his scores of 28 and 34 to Soft Cell’s “Tainted Love” weren’t enough to save him from elimination. However, he went out to a standing ovation stating, “I just showed old stoners can perform when they need to.”

With four remaining dancers all hovering at the top of the leader board, it really is anyone’s competition heading into the finals.