Dancing With The Stars Pro Karina Smirnoff Injured In Rehearsal 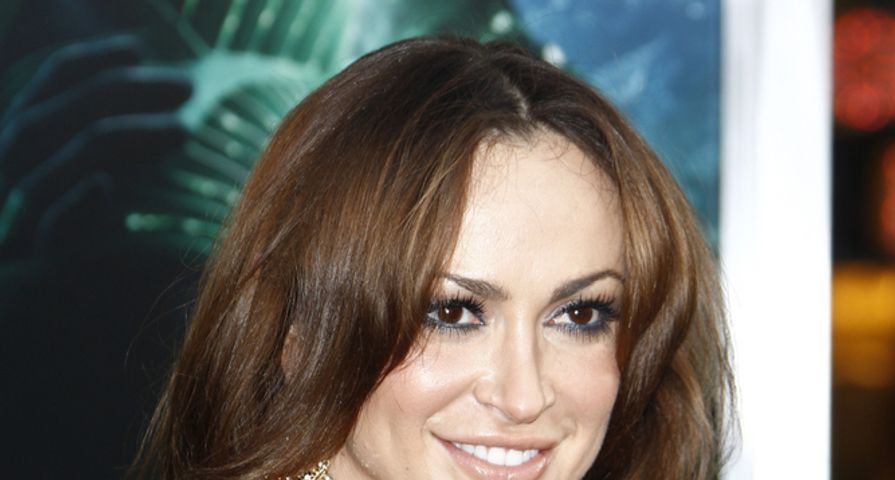 Karina Smirnoff and her partner, Randy Couture, had already been eliminated from this season of Dancing With the Stars, but that doesn’t mean Smirnoff is safe from injury.

Even though her partner is no longer in the competition, Karina still appears every week and performs in at least one dance number.

During rehearsal for this week, the dancer suffered such a bad fall that she had to be lifted on to a stretcher and taken away by ambulance.

She suffered both knee and wrist injuries and had her wrist wrapped in an ice pack immediately.

At the hospital x-rays showed nothing was fractured, but she is still unable to perform, meaning producers had to find a replacement quickly before last night’s show.

Although there are no serious injuries, Karina will miss several weeks but hopes to be back soon. On Monday night she tweeted, “So sad I’m not able to perform tonight on the show. Got hurt yesterday rehearsing. Now, some TLC and I’ll be back stronger then ever! Thank u for ur support guys. Love u!@dancingabc.”

Smirnoff is no stranger to dancing injuries, in season 16 she strained her neck and suffered jaw tissue damage and a misalignment of her jaw but she persevered and continued to perform.

Also Check Out: 8 Pop Stars Who Have Dated Their Back Up Dancers