Things You Might Not Know About DWTS Pro Karina Smirnoff 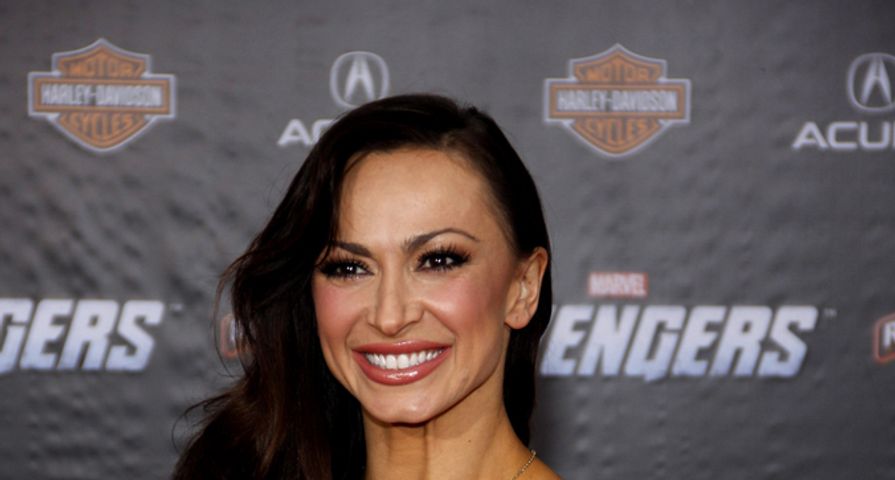 Karina Smirnoff has been dazzling viewers on Dancing with the Stars for almost 20 seasons and, while we all know that she is an exquisite dancer, there’s not much else we know about her. We’re trying to rectify that. Here are 10 things you didn’t know about the professional dancer:

She was born in Kharkiv, Ukrainian SSR, former Soviet Union, to a Russian mother and a Greek father. In 1993, she and her family immigrated to the United States.

When Karina first moved to the U.S., she learned English by watching television shows like Friends and Saved by the Bell.

As a child, the Dancing with the Stars pro suffered from severe but undiagnosed attention deficit hyperactivity disorder (ADHD) and her parents enrolled her in figure skating lessons at the age of three to help channel some of that energy. By the time she was five, she was enrolled in gymnastics, aerobics, piano lessons and ballet.

When Karina was nine, her parents signed her up for ballroom dancing classes and she quickly discovered that she had a passion and a talent for it, so she dropped all of the other activities she was involved in and focused only on ballroom dancing.

Her parents didn’t want her to only focus on dancing, so she completed a double major in Economics and Information System Programming at Fordham University. She was planning on going to law school but, while in university, she rekindled her love of dance and began studying rumba, jive, samba, and waltz.

The professional dancer owns a home in New Jersey. “I had lived in every borough of New York City—Manhattan, Brooklyn, the Bronx, Queens, Staten Island—and I was tired of not having enough room for my shoes and purses, so I gave New Jersey a look. I love it there. I’ve been there since 2004,” she told Hudson Mod.

She has had a pretty rocky love life. She’s been engaged three times; however, she has yet to make it down the aisle. In 2008, she was engaged to her Dancing with the Stars co-star, Maksim Chmerkovskiy; in 2010, Major League Baseball pitcher Brad Penny proposed to her; and in 2015 she was engaged to entrepreneur Jason Adelman. She also dated her Dancing with the Stars partner Mario Lopez for a couple of years.

During her teens, Karina struggled with poor self-image and an eating disorder. She once stopped eating for two weeks in a desperate attempt to lose weight. “I competed since I was two years old, so I was always trying to be in a certain weight class and a certain shape,” she said. “When I turned professional there was a period when I literally only drank water for two weeks because I wanted to slim down.”