Dakota Johnson Is Taking Year Off After “Fifty Shades” 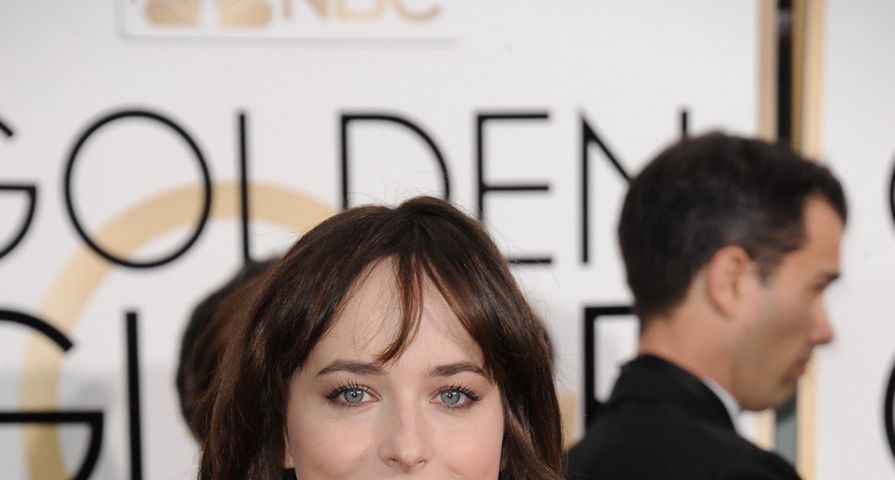 Although Dakota Johnson, 25, comes from a famous family with her parents being Melanie Griffith and Don Johnson, she is making a name all for herself as she stars in the anticipated film version of Fifty Shades of Grey.

Ahead of it’s Valentine’s release the young star is gracing the cover of Vogue’s February 2015 issue and talks about being a star in a much buzzed about film.

“I wanted to be involved because it’s so different and it’s an intense love story,” she stated of the story between herself as Anastasia Steele and Christian Grey played by Jamie Dornan.

Even though Johnson has already been a part of huge hits including 21 Jump Street, Fifty Shades is going to propel her to the center of the spotlight which she admits scares her.

“I think about my dwindling anonymity, and that’s really scary because a very large part of me would be perfectly happy living on a ranch in Colorado and having babies and chickens and horses-which I will do anyway. It’s just the most insane thing to be a part of. I’ve never experienced anything like this; I don’t think anyone has. It’s terrifying- and it’s exciting.”

While her director and co-stars are raving about her, it seems Johnson will be well on her way to be a much sought after actress in Hollywood however she in no way plans on taking on several projects after what is sure to be success with Fifty Shades.