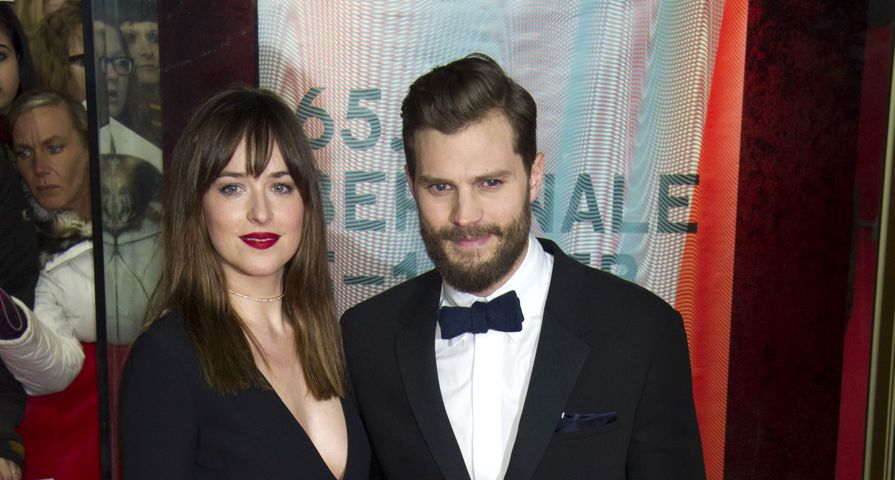 Just a couple days ahead of the major theatrical release of their anticipated film Fifty Shades of Grey on February 13, Dakota Johnson and Jamie Dornan looked all kinds of sexy posing together on the red carpet for the film’s première.

The duo attended the screening on Wednesday February 11 at the 65th Berlinale International Film Festival at Zoo Palast in Berlin, Germany rocking matching all black outfits.

25-year old Johnson showed off her amazing figure and quite a bit of cleavage in a plunging, long-sleeved Christian Dior black silk and wool gown. She kept her hair and accesories minimal, setting off the look with glowing skin and a bold red lip.

Meanwhile Dornan channeled his inner Christian Grey looking sexy and sophisticated in a fitted black and white tuxedo while smouldering at the cameras with his arm around his co-star.

Of course the two are probably very comfortable with each other after getting very up close and personal for the film and Dornan has nothing but praise for Johnson. “Dakota is very funny, and humor on a film set goes a long way. But she also had the ability to be a very strong dramatic actress. She’d be telling a joke one minute and breaking your heart on-screen the next, so she was perfect.”