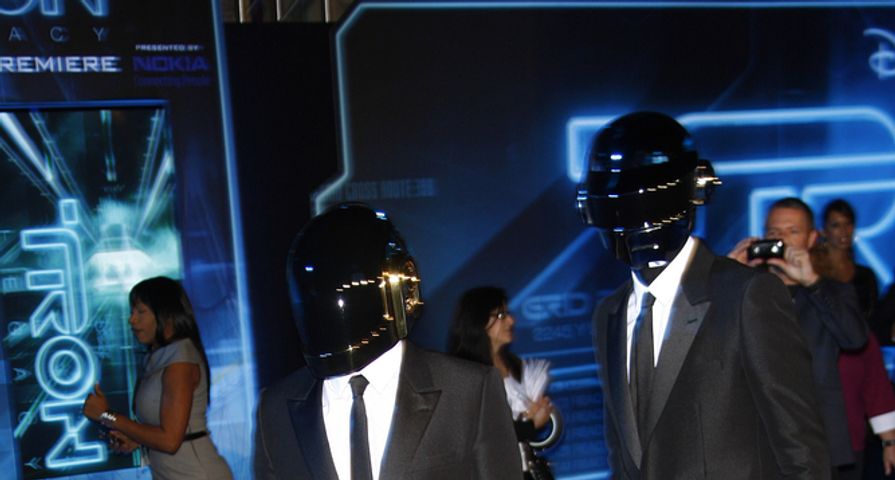 It is quite possible that if Napoleon had enjoyed these countrymen during his Imperial run, he might have opted to conquer all other nations with dance, as opposed to skilled military tactics.

As Pharrell Williams stated it last night at the 2014 Grammy Awards, the French are likely very proud of their android boys known as Daft Punk.  Guy-Manuel de Homem-Christo and Thomas Bangalter are those boys underneath the most fantastic band costumes of any group ever. And these two Frenchmen have been making music together for a very long time.

Long before the critical acclaim and success of their 2013 release, Random Access Memories, they played in various musical projects of the more traditional variety, but always longed to be part of something that wasn’t about them at all–rather the music and sounds they wanted to make… the boundaries they wanted to push. And after several other albums, which are laced with timeless dance classics, and hidden gems that are worth of imaginative cinema, the duo put together a little something in 2013 that tested album perfection as we know it.

We all expected obvious awards such as Record Of The Year to go to the duo for the 2013 summer anthem, Get Lucky, but that funky, disco laden track was merely a wondrous, decorative scrolling on the surface of Random Access Memories. The album was certainly deserving of any and every honor offered by the industry, and in the grand scheme of commercially successful music, the top honor was bestowed on January 26, 2014, with a Grammy for Album Of The Year.

Congrats to the robots. (Of course I’m listening to them while writing this.)

To see Daft Punk rack up some impressive hardware at the 2014 Grammys, check out the video below.