Bachelor Nation alum Colton Underwood is officially out of his contract with ABC – and he’s spilling all the tea. The former Bachelor star candidly spoke about his relationship with the producers, including why they didn’t want him to talk about Peter Weber’s season of The Bachelor.

“One of my goals of the show is to break the fourth wall and I don’t think production really liked that I was on board with that,” Underwood told Us Weekly’s Here for the Right Reasons podcast. “But nobody wants to feel tricked nowadays and I think that was my growing frustration as I was, you know, watching or not really watching but hearing about Peter season and seeing the recaps on Twitter, and they wouldn’t let me write about it. They wouldn’t let me talk about his season because I knew I’d keep it to real. They knew that I knew too much of what was going on.”

He pointed out Victoria Fuller’s ex-boyfriend Chase Rice making an appearance to sing for her and Weber during their one-on-one date as an example.

“Victoria doesn’t show up with Chase Rice singing as her ex on accident,” Underwood said. “The whole Victoria situation I feel bad for that poor lady and I feel frustrated for Peter, just because there was so much confusion going on. And I feel like that’s the producers job is to sort of help guide the lead, guide the person I felt like they hung him out to dry in so many different ways and set him up for failure.”

While he, who met girlfriend Cassie Randolph on the reality series, is openly frustrated about the franchise, he did acknowledge that he isn’t going to “completely” bash the show’s producers.

“I realize, like, this is an entertainment business, it’s a business and you don’t take things personally, but I’m still gonna maintain a professional relationship with you,” Underwood said. “I just asked for that in return. I think when the line started getting crossed, and I got told to be a ‘good little boy’ and ‘keep my mouth shut.’ Like that’s when I was like, ‘You don’t get to say that.’”

He went on to add that he felt like he was controlled by the series even after they stopped filming his season in March 2019.

“You don’t get to still act like you have this control and this power over me. Yes, I have a contract with you. Yes, I have an NDA. Yes, I’m going to abide by that. But please, don’t do demean me,” Underwood said. “Please don’t threaten me. Please don’t make these statements saying you made me when this is America, you’re only as good as your last job. And if that’s was The Bachelor for me, that was The Bachelor for me and I felt like I did a good job to keep moving forward.”

“I’ll never bite the hand that feeds me. I appreciate them. I’m thankful for them,” he said of his experience. 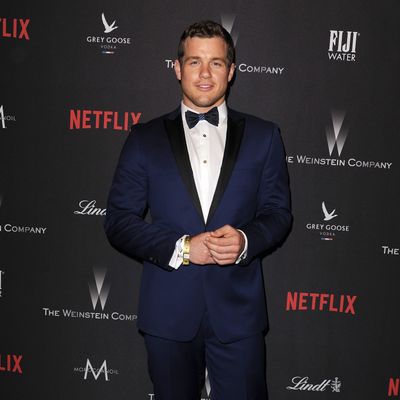