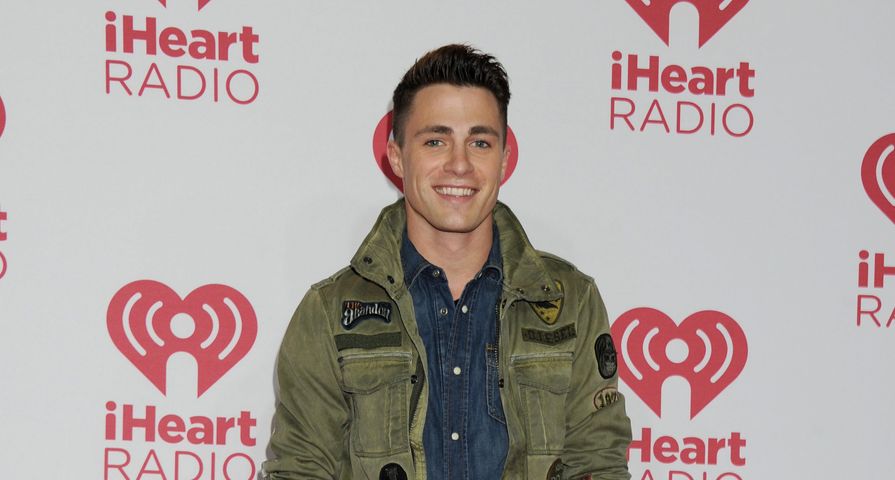 Colton Haynes is that you? It is really hard to tell as the extremely attractive actor made himself unrecognizable in this year’s Halloween costume.

The 27-year-old actor best known as Jackson Whittmore on Teen Wolf and Roy Harper on Arrow, is known for going all out when it comes to his Halloween costumes, and this year was no exception as he transformed himself into Ursula the sea witch, the villain from Disney’s The Little Mermaid.

Haynes really outdid himself, donning heavy face and body plaster along with Ursula’s dramatic makeup, tentacles, white hair, purple skin and even her rather large chest. He posted several pictures of himself donning the costume to Instagram, captioning one, “Poor unfortunate souls #Ursula,” and another of the full getup alongside One Tree Hill‘s Austin Nichols at whatever party they were attending over the weekend.

After it all, Haynes also posted a short clip emerging from his epic costume with the caption, “I woke up like this,” revealing just how much really went into it. Haynes has become well known for his elaborate costumes at Hollywood Halloween parties and just a couple of days before revealing this year’s choice he posted a picture of himself as Fiona from Shrek from last year writing, “So freakin excited about Halloween this yr…gonna be hard to top my costume from last yr but I think it’s about to happen.”

Had to show yall the whole costume wit @austinnichols . Thx to @erikporn @Megan_v_brown @Lauraraczka_mua for this yrs insane Makeup job!