Colton Haynes Calls Out Noah Galvin For His Rude Comments 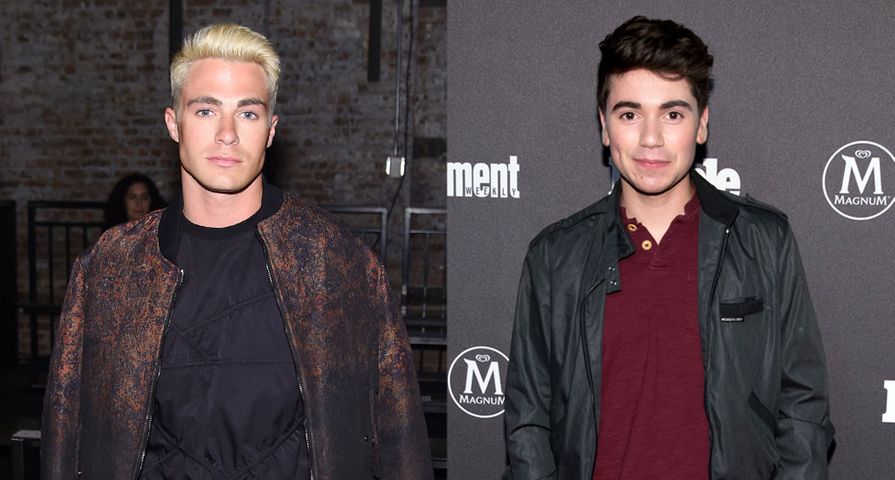 Colton Haynes is firing back against judgmental comments directed towards him about the way he came out as gay.

This May, the Arrow actor confirmed to EW that he was gay after there was speculation about his sexuality after he reblogged a Tumblr post that referenced his “secret” gay past. A fan posted, “when I found out colton haynes had a secret gay past i got so excited even though i know it makes absolutely no difference in my life.” In response, Haynes wrote, “Was it a secret? Let’s all just enjoy life & have no regrets.:)” The actor later addressed the rumors about his sexuality head-on by referencing the Tumblr post; “I think in due time, everyone has to make those decisions when they’re ready, and I wasn’t yet. But I felt like I was letting people down by not coming forward with the rest of what I should have said.”

The harsh comments by Galvin prompted Haynes to respond publicly on his Instagram account. The actor wrote, “It’s extremely ironic that only a month ago I was tweeting this kid & saying that he should win an Emmy for his work. Then today he returns the favor by calling me a p—y & the worst to the entire world. Let me just clarify, I’ve never met this kid, so for him to judge me without even meeting & having no idea the struggles I’ve been through or where I come from is absolutely uncalled for and quite frankly embarrassing on his part.”

These “struggles” include Haynes being told to hide his sexual orientation during the early years of his acting career. In addition, Haynes said he attended treatment for anxiety after his interview in EW.

Haynes also criticized the young star for not being supportive towards other members of the gay community. “Since when is a three pg article in Entertainment Weekly not an appropriate way to come out? And since when did he become the judge of what’s appropriate? Shouldn’t we all be supporting each other? Enjoy all of your success. You’re young kid…hopefully you’ll learn a thing or two. Good luck. I’m sure I’ll see ya around. Colton P—y Haynes.”