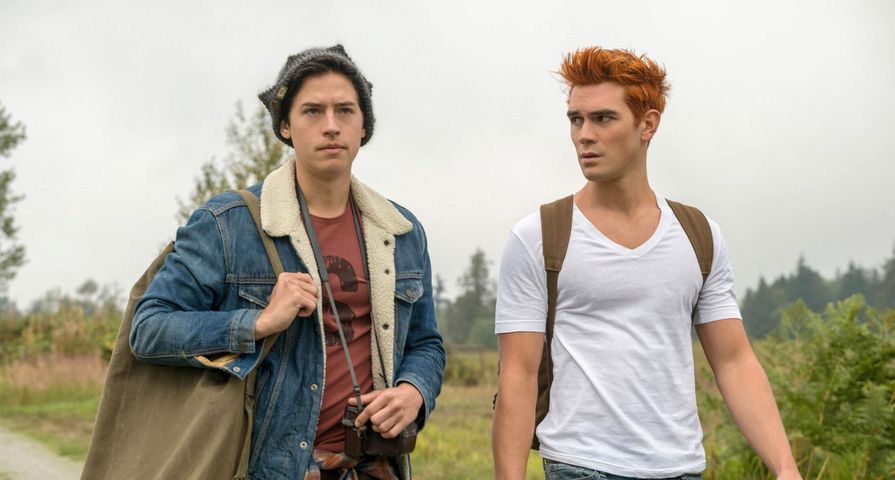 Riverdale Season 4: Everything We Need To See And Questions We Need Answered

According to Cole’s twin, Dylan Sprouse, the pair have been staying together in L.A. amid the ongoing public health crisis.

“I mean, he’s living,” Dylan told Entertainment Tonight on Wednesday, May 27, referring to his brother’s recent breakup. “Him and KJ, in the very beginning of [social distancing] ended up staying together at KJ’s place in Los Angeles.”

Dylan added: “So, they’re isolating together, which is very cute.”

While Cole and KJ, who play on-screen BFFs Jughead Jones and Archie Andrews on Riverdale, have been living together, Dylan also revealed he’s heard a “lot of cute stories” from their time together.

“I heard they’re just lifting weights and eating cheese,” Dylan told Entertainment Tonight. “I think that’s what they do.”

He also noted that Cole is “good.”

“He’s getting healthy, he’s relaxing, and I talk to him every day,” Dylan explained. “We still FaceTime every day, for every year of my life.”

On Monday, May 25, it was reported that Cole and Lili broke up, after rekindling their relationship weigh months prior last September.

Earlier in May, the Riverdale stars’ breakup speculation began after their costar Skeet Ulrich. who portrays Cole’s father on The CW series, and his girlfriend, Megan Blake Irwin, talked about the pair during an Instagram Live stream.

“I think they were a very cute couple,” Ulrich said.

Irwin added: “They were a very cute couple. They’re both beautiful people.”

Cole and Lili met on the set of Riverdale, acting as love interests Jughead and Betty Cooper in 2016. The former couple first sparked romance rumors in 2017, when the former Suite Life of Zack & Cody star shared a photo he took of Lili on Instagram. After the post went viral, the couple remained quiet about any details related to their relationship, with Cole explaining the decision to PEOPLE at the time that publicly addressing it would only add more speculation.

By May 2018, the pair confirmed they were a couple on the red carpet of the Met Gala.

Despite the actor and actress posting about each other on social media and spending time together outside of the Riverdale set, the pair remained extremely tight-lipped about their relationship over the years.