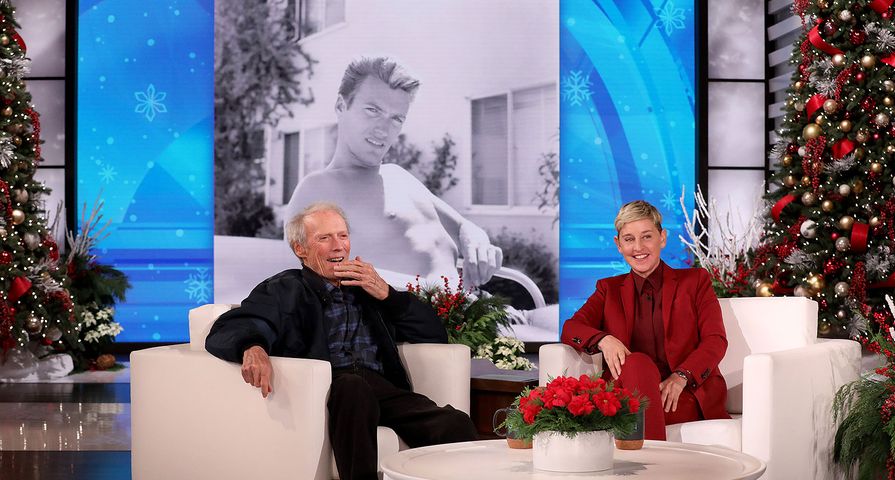 Hollywood legend Clint Eastwood stopped by the set of The Ellen DeGeneres Show on Monday, December 9. Eastwood talked with the host about his latest film project Richard Jewell, his upcoming 90th birthday, and revealed what it’s like being DeGeneres’ office neighbor at the Warner Bros. studios lot.

“You’re a good neighbor,” Ellen told Eastwood. “You never complain, and so, we wanted to do something nice for you. It’s the holidays and we wanted to decorate your bungalow for you because maybe you’re too busy. So this is what we’ve done to your bungalow.” The 89-year-old star looked suspicious but went along with Ellen’s story.

She showed him footage of the outside of his bungalow lined with enormous blow-up Christmas decorations of Rudolph the Red Nose Reindeer and Frosty the Snowman.

Thankfully, Eastwood had a good sense of humor about DeGeneres’ prank.

The host said to the stunned yet amused star: “You’re welcome.”

“You know, this is very nice,” Eastwood said. “It’s a lot better than some of the things she comes up with. One time, she called up and said, ‘somebody made a pinata of her,’ our hero here. They said, ‘you’re supposed to go out there,’ and I said, ‘Oh I’m going to go out there and just look at the pinata and maybe get a free candy or something.’ But they said, ‘No, you’re going to take a baseball bat and you beat the hell out of it.’ So there’s all kinds of things. Being her neighbor requires a lot of versatility.”