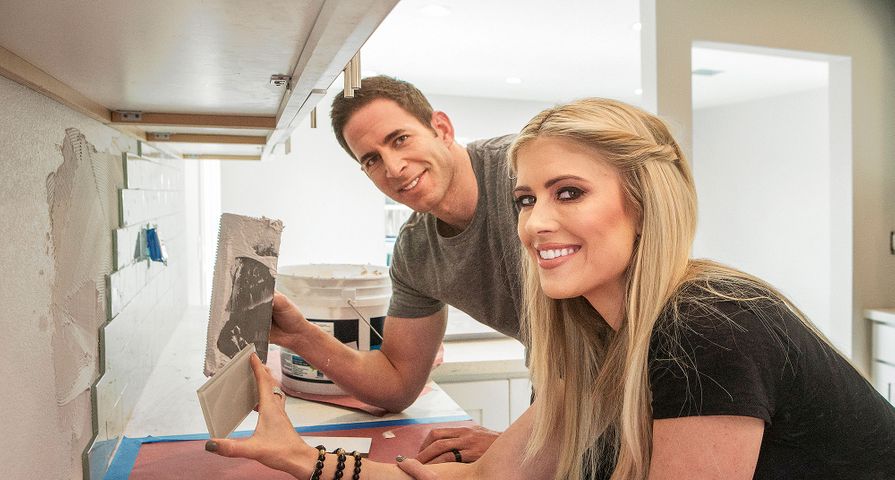 Exes Christina Anstead and Tarek El Moussa will be working together again as they film another season of Flip or Flop, their ninth and the third since their split.

HGTV announced on Thursday that the real estate and renovation twosome, who split in December 2016 and finalized their separation in January 2018, will continue to work on their popular series together. Season 9 of Flip or Flop wrapped up on Thursday night, and the new season is expected to premiere in August 2020.

Anstead and El Moussa, who are co-parenting their two children – 9-year-old Taylor and 4-year-old Brayden, have previously spoken about their decision to stick to their strange professional arrangement.

“When our marriage fell apart, it was more public than we could ever have imagined,” Anstead elaborated about their separation in the first episode after the split, which aired in May 2018.

El Moussa added, “But we’re picking up the pieces and we’ll still work together to support our kids.”

On December 18, the twosome had their first joint interview since the split with the Today Show and opened up about their decision. “We shot the pilot [for Flip or Flop] in summer of 2011, so we’ve been doing this for a really long time,” El Moussa said. “It’s part of who we are and what we do, and for us to just throw everything away, it just wasn’t worth it.”

Anstead chimed in and added that with their “two amazing kids . . . it’s just easier to work together and get along.”

The pair have also acknowledged that there’s been a shift in their dynamic on the show since the separation.

In July 2018, Anstead told PEOPLE, “In the past, if Tarek and I would get into an argument, they would turn off the camera. Now they just let it roll. I probably put up more of a fight than I used to, and he stands his ground more, because at the end of the day we’re not going home together.”

“We’ve worked together for 12 years now,” she continued. “We just really focus on the job at hand, and if we do talk, it’s about the kids.”

“Christina and Tarek’s relatable, personal journey attracts millions of viewers who now have a true emotional stake in their story and want to see more,” said Jane Latman, president of HGTV. “Their story is real, compelling and filled with the hallmarks of HGTV hits—family and unforgettable personalities with home-related expertise who are passionate about the work that turns houses into homes.”

Apart from Flip or Flop, Anstead and El Moussa have their own separate solo shows on HGTV. The second season of Christina on the Coast will premiere on January 2, while El Moussa’s Flipping 101 / Tarek El Moussa will debut in early 2020. He also has a digital series titled Tarek’s Flip Side which is currently streaming on the HGTV GO app and HGTV.com.