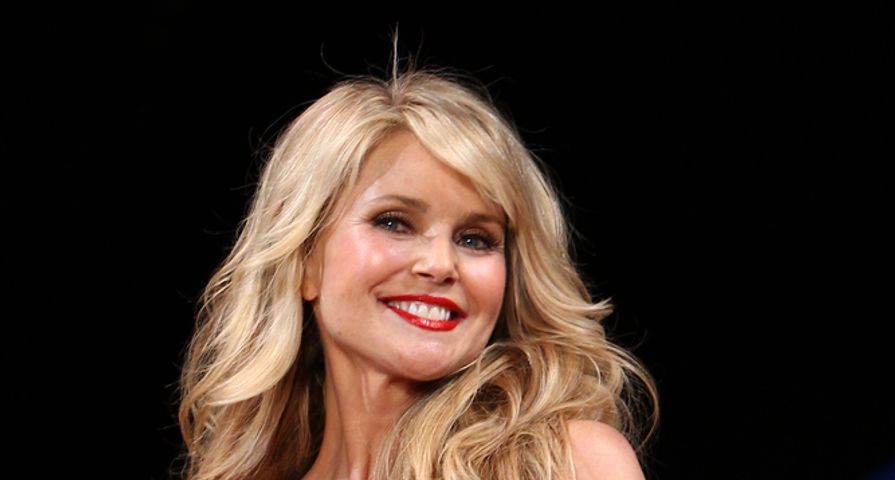 There was little doubting why Clark W. Griswold was so distracted by “The girl in the Ferrari” in 1983’s National Lampoon’s Vacation. After all, she was a blonde goddess, and this blonde goddess just happened to be a 29 year old Christie Brinkley–the object of every mans desire in the 1980s. (And late 1970s, 1990s and…possibly now)

Only now, in 2014, seeing Brinkley at 60 years old, do we really understand Clark Griswold’s fascination with The girl in the Ferrari. This woman is an ageless wonder. Sure, we could talk about what kind of work she has had done, but instead, let’s focus on the work that she has actually done for herself! This woman is active, and takes care of that which has been blessed. We’re talking aesthetic form and beauty. And if we’re completely honest… she did do all those infomercials with Chuck Norris for the Total Gym. She must have tapped his source of special powers.

Christie recently strutted her stuff on the pink carpet of a Sports Illustrated Swimsuit Edition Party, showing that she’s still got the goods. Whatever work she has had done…? It has been done expertly. None of that Joan Rivers crap is happening to Christie’s face… Well, not yet at least. (I’m under the impression that Joan is actually 147 years old, so…)

Christie worked the carpet in a low-cut, orange dress that would probably make a woman of any age envious. And for any dude unaware of who she is, he’d probably need to see a birth certificate to believe that she really is 60 years old. And even at that, it wouldn’t be stopping any “dude.”

This party comes on the heels of her posing for the cover of People Magazine. Yes, of course she was in a swimsuit! She’s busy proving 60 is just 60, and 60 ain’t nothin’ but a number!

To admire the supermodel at 60, check out the video below.

Also Check Out: The 15 Truly Hottest Hollywood Women Over 40!