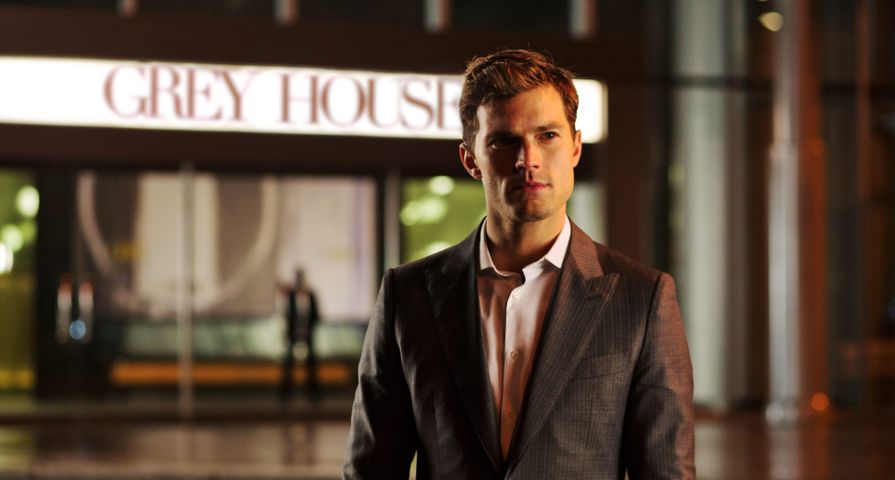 It feels like we’re still getting over the first Fifty Shades of Grey movie — but the teaser trailer for the sequel has already arrived!

In the clip for the movie adaptation of E.L. James second book, Fifty Shades Darker, we see everyone’s favorite emotionally scarred billionaire Christian Grey (played by Jamie Dornan) putting on a black masquerade mask and staring at himself in the mirror.

Of course, that unmistakble ominous soundtrack plays as he does it — check out the video for a sneak peek at the movie, which is bound to be even crazier than the first.

Universal Studios chairman Donna Langley said in an interview that Fifty Shades Darker will be “more of a thriller” than the first installment. We’re not sure if that’s a good thing or a bad thing, but we’re intrigued!

We’ll have to wait a while to see it, though. Fifty Shades Darker won’t be released in theaters until Valentine’s Day 2017. This time around, E.L. James’ husband Niall Leonard is writing the script; the studio hasn’t yet hired a director (the director of Fifty Shades of Grey, Sam Taylor Johnson, parted ways with the franchise after having creative differences with E.L. James).

What do you think of the Fifty Shades Darker teaser?